Some verbs change their forms based on the person and tenses. They can be conjugated. And some verbs always stay the same. To know them, click here! 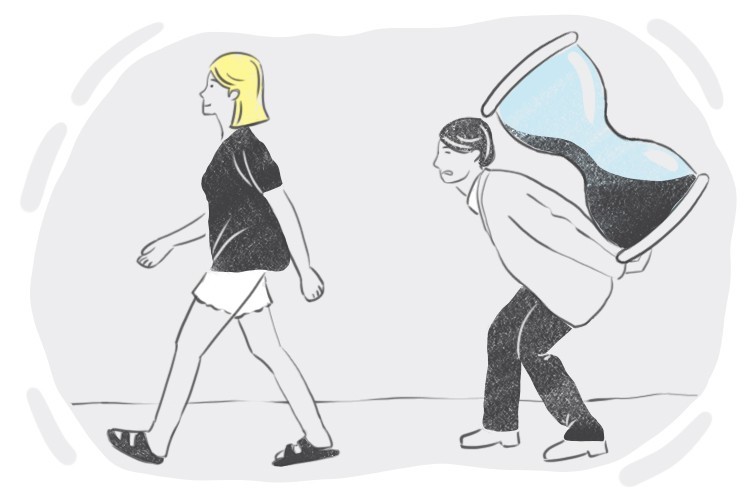 There are mainly two types of verbs in English – finite and non-finite. Finite verbs have different forms in different tenses. Non-finite verbs always stay the same.

Sean to his mom's house to her birthday .

After the subject 'Sean', we have the verb 'went'. So 'went' is the finite verb. And the verb 'to celebrate' is a non-finite verb.

Tom to win the race .

'Has tried' is the finite word, 'to win' is the non-finite verb.

Tom to win the race .

'Will try' is finite and 'to win' is non-finite.

Based on the number or person of the subject, Finite verbs change their forms. They also have different forms in different tenses.

Non-finite verbs do not change their form when the number or person of the subject changes. There are mainly three types of non-finite verbs:

The infinitive form of a verb is formed with 'to' before the base form of a verb. It can function as a noun. Thus in many sentences either a gerund or an infinitive may be used without any special difference in meaning.

His dream was a renowned poet .

Our job is this text .

What I'm about here is very dangerous .

A gerund is a noun that is derived from a verb and have a few verb-like properties. Gerunds are made by adding the suffix -ing to the verbs. They can be modified by an adverb and can take a direct object. In modern English, gerunds are the present participle of verbs and they help us make tenses like present continuous, past continuous etc. A gerund can have many functions in the English language. It can be used as:

She is trying to do her best .

He tried to quit .

One of his hobbies is .

What I like most about is feeling refreshed after it .

I put the dirty clothes in the .

Participles are words formed with verbs that are used with auxiliary verbs to create different tenses. There are two kinds of participles in English language:

Linking verbs are connectors of the language. They do not show any action. Their only job is to link a subject with a subject complement. Want to know how?

A participle is a word that is formed from a verb and is used to make compound verb forms. We have 2 kinds of participles: past and present participle.

If you're wondering what the word 'imperative' means, in grammar, imperatives are verbs that are used to tell somebody what to do or guiding someone.

Subjunctive is a form or mood of verbs that helps us talk about wishes, possibility or uncertainty. To learn about this mood, start reading this article.

'If you don't eat or drink, you die'. 'If you heat water, it boils'. Zero conditional is used to talk about facts or situations which are always true.