"Somebody" vs. "Somebodies" in English Grammar

'Somebody' is a singular indefinite pronoun. But can it be used in plural form? Does it mean the same thing? Let's see. 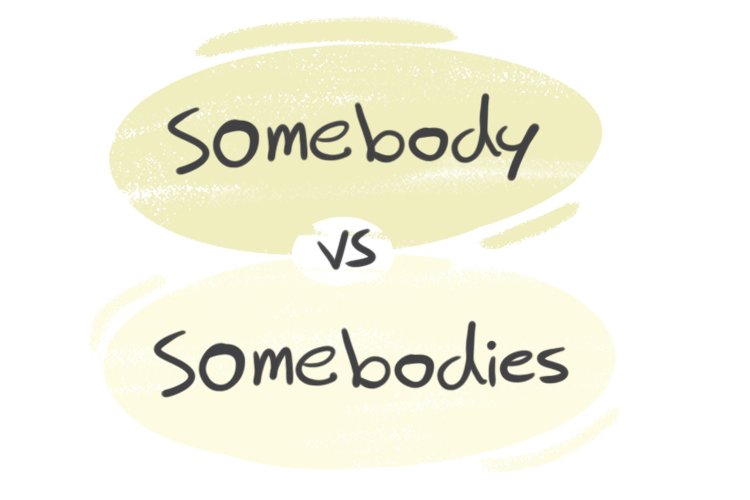 'Somebody' as an indefinite pronoun means an unspecified person.

came up to me and said hi.

'Somebody' as a noun means a famous, renowned person, someone who is a celebrity.

He wants to be a someday.

When Can We Use "Somebodies"?

Only when 'somebody' is used as a noun, it can be used in plural form. Otherwise, when we want to refer to a group of unspecified people, we should use 'some people', NOT 'somebodies' as an indefinite pronoun.

They all think they are , but they cannot be more wrong.

Here, because 'somebody' is a noun, we can use it as a plural noun.

were shot at the crime scene.

This is the plural form of the sentence 'somebody was shot at the crime scene.'

'Everyone' and 'all' have a similar meaning when talking about people. They both mean all the people in a group'. But are they 100% the same?

Everyone vs. Every One of Us

'Everyone' and 'every one of us' both refer to 'every individual member of a complete group'. But are they interchangeable? Let's see.

What is the difference between 'someone' and 'somebody'? Do they have the same meaning? Can they be used interchangeably? Let's find out.

'Somebody' and 'everybody' are both what we call indefinite pronouns. Here, we will learn about their similarities and differences.

Somebody vs. Somebody Else

'Someone' and 'everyone' are both indefinite pronouns that refer to unspecified persons. Here, we will discuss their similarities and differences.