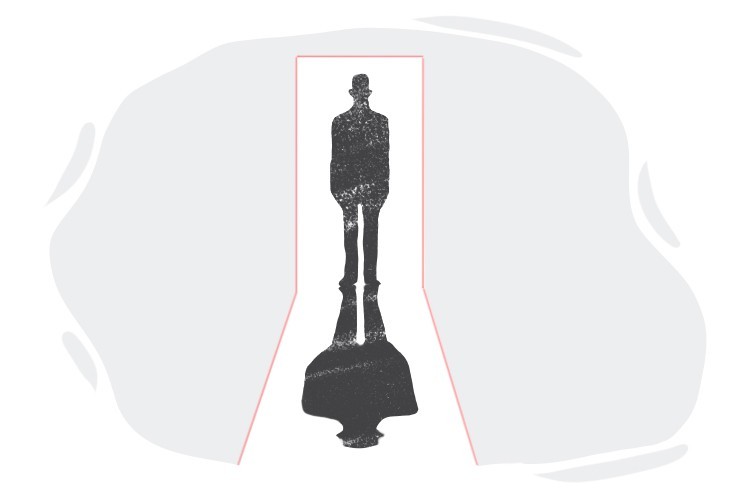 What Are Indefinite Pronouns?

Indefinite pronouns refer to people or things without saying exactly who or what they are.
These pronouns do not have a specific gender and can be singular, plural, or both.

Not all English pronouns refer to a person or a thing we know; they can also refer to people all around the world, make a sentence negative or refer to ambiguous things; that is the job of indefinite pronouns. These are among the most useful and widely-used words in English.

These pronouns are always followed by a singular verb even if they refer to a number of people/things. You can find these pronouns in the following table:

These pronouns generally refer to people:

The different types of indefinite pronouns will be explained later in this article.

Now take a look at the following examples:

know that Toby and Angela are dating.

You know that 'everybody' means all people and it does not refer to the same person, yet we use a singular verb after it; that is why it is called a singular indefinite pronoun.

Do want a drink?

'Anybody' refers to more than one person, yet we use a singular helping verb for it.

Difference between the Words 'One' and 'Body'

In all of the pronouns above, the two words have the same meaning; 'anybody' has the same meaning as 'anyone,' but there is a small difference between them. In general, the indefinite pronouns ending in 'one' (anyone, everyone, no one) are a little more formal, and therefore you can use them in writing.

'Everyone' is more formal, although they have similar meaning.

The following indefinite pronouns all have '-thing' at the end, so it is easy to remember that they all refer to things. You can see them in the table below:

Let's see these indefinite pronouns in some examples:

I've been friends with Sarah for over ten years and surpris me about her.

Notice that, 'nothing' has a negative meaning; it means no things.

If you ever need , you can count on me.

In the example, 'something' refers to 'a thing', no matter what.

Referring Back to an Indefinite Pronoun

When we refer back to an indefinite pronoun, we normally use a plural pronoun:

watched the show. really liked it.

In this example, 'they' refers back to 'everybody.'

Let's tell that we're ready to go. have been waiting for a long time.

Here in this sentence, 'they,' that is a plural pronoun, refers back to 'somebody.'

Normally we cannot add 's' to pronouns to make them possessives. But we can add 's to an indefinite pronoun to make a possessive:

They were staying in house.

'S is added to 'somebody' to indicate possession.

'S is added to 'anybody' to show possession. 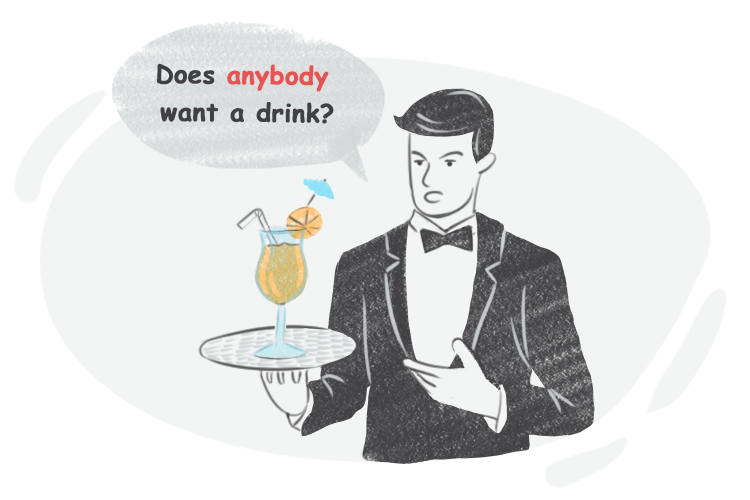 Using the Indefinite Pronoun 'Anybody' as the Subject

We use 'else' after indefinite pronouns to refer to other people or things in addition to the people/things already mentioned.

All the family came, but no one .

Here, in this example, 'no one else' refers to people other than the family members.

In this statement, 'somebody' else refers to a person other than 'Manuel.'

I think this is somebody wallet.

Remember, you can even add 's to 'else' to show possession.

'Neither' and 'either' and 'both' is used when you have two things/people to talk about. After these pronouns, you use a singular verb.

Let's have a few examples for these pronouns:

Jim asked me if I wanted tea or coffee and I told him would be fine.

You can easily define that 'either' means it does not matter which option.

I wanted to see my friends and go to the park, but seemed interesting to me.

In this example, 'neither' means not one nor the other of the two things.

I can never choose between cats and dogs; I think are equally lovely.

'Neither of' and 'either of' are followed by a plural noun or pronoun and a singular or plural verb. A plural verb is more informal.

Neither of my parents /‌ a foreign language.

The pronouns in the table below all refer to an indefinite amount of something (usually used with uncountable noun). With these pronouns, we must use singular verbs.

Now let's look at some examples:

is known about the virus and we are still trying to develop a vaccine.

It is important to know that 'little' is followed by a singular verb.

I've had and I want to break up.

If Josh leaves the company, will be accomplished by the end of the year.

'Not Much' as a Negative Marker

We can use 'much' as a negative marker by adding 'not' before it.

has happened since I came back from France.

'Not much' is followed by a singular verb, because the general rule of 'much' stays the same, even if we add 'not' before it.

In the table below, you can see the last singular indefinite pronouns:

Now let’s look at some examples:

My son loved his ice cream so much that I decided to buy him .

'Another' refers to ice cream and it means 'one more' of it. Remember a pronoun is not followed by a noun.

There has been lots of debate about getting married or staying single and I think has its own merits.

Here, in this example, 'each' means 'both'. Remember a pronoun is not followed by a noun.

Shannon had two dogs; one was big and friendly, but the was small and grumpy.

In this example 'other' refers to another dog apart from the one which was mentioned earlier.

Plural indefinite pronouns are always followed by a verb in the plural form and are treated as a plural noun. Therefore, the verb after them never takes the third person 's.'
Note that all of these pronouns can be used both for people and things, and they are all positive. You can find these pronouns in the following table:

In this example, 'others' is the same as 'other people'. It refers to more than one person.

In this example, 'several' is the plural indefinite pronoun that is followed by a plural verb; remember the verb never gets third person singular 's.'

These pronouns can be followed by both the singular form of verbs or the plural form. Also, all of them refer to people and things.

Now look at some examples:

I am an immigrant and people here talk to me as .

The pronoun 'all' can either refer to the whole number or amount or the only thing(s). See the examples:

You told me your siblings were unemployed; is still looking for a job?

In this example all refers to people (like everybody) so it is treated as plural.

For many countries, was lost after World War II.

In this example, 'all' refers to things (like everything) so it is treated as singular.

There are different types of indefinite pronouns and each type can be used in a slightly different way. Here we review the types mentioned in the tables above; but before that, imagine a list of different items with different features; we explain each type by showing how many items in the list they include:

Using indefinite articles in negative sentences is a bit tricky. You are not allowed to use every pronoun in a negative sentence. The table below can help you understand these boundaries better:

This example is wrong because 'everybody' (a universal indefinite pronoun) is used in a negative sentence.

What Is a Negative Marker?

Here, in this example, by using 'nobody' (a negative indefinite pronoun) this sentence bears a negative meaning.

You should know that, using another negative marker in this sentence is grammatically wrong:

'Nobody' is a negative indefinite pronoun, so you must use 'was' instead of 'was not'.

In colloquial language sometimes negative indefinite pronouns as objects are used in already negative sentences to show emphasis. This is called a double negation:

'Don't' is used to show the emphasis.

How to Make Sentences Negative with an Indefinite Pronoun?

In this case the best way is to use a negative indefinite pronoun depending on what the pronoun is referring to (a thing or person). Take a look at these example:

is happy. ≠ is happy.

In this example, 'nobody' is the negative pronoun which can be used instead of 'everybody' to make the sentence negative.

As you know 'Nothing' is the best negative alternative for 'something.' Remember you use an affirmative verb for negative pronoun 'nothing.'

Here in this example, a universal indefinite pronoun is used in a sentence with affirmative verb, that bears an affirmative meaning.

Here, a negative verbs is followed by an 'elective indefinite pronoun' which bears a negative meaning.

In this case, an affirmative verb is followed by a negative indefinite pronoun which again bears a negative meaning as the previous example.

How They Are Divided into Different Groups

An impersonal pronoun does not refer to a specific person or thing. These pronouns help us talk about a thing or person without mentioning what or who that is.