'They' is a third person plural pronoun. In this part, we will go through its uses and grammatical rules in the English grammar. 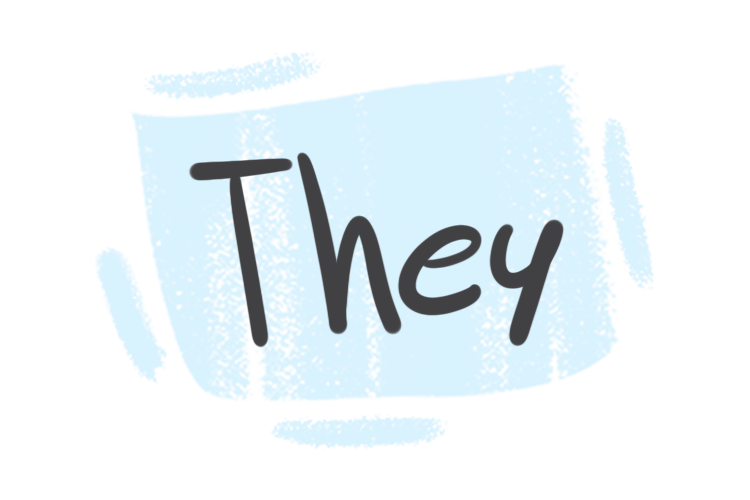 They is a third-person plural pronoun to refer to a group of people. However, it can be used as a singular pronoun. In this lesson, we will discuss when and how to use it.

'They' as a Subject Pronoun

They as a subject pronoun is mainly used to refer to a group of people. It is also generic or replaces indefinite pronouns. They is also used to refer to people whose sex is not identified. Take a look:

She and her friends were there. were all invited to the wedding.

'They' refers to 'she and her friends.'

are getting ready for Halloween.

're destroying the environment.

'They' refers to the government.

say love is the best medicine.

In this place, anyone can wear anything as long as are wearing something.

Someone will come and pick you up. will be wearing a uniform.

'We'll do anything to find the suspect. cannot run away forever,' said Sergeant Clarke.

The suspect's gender is unknown.

Alex loves to travel. take photos of all the places they visit.

Alex is a non-binary person.

Whether it is the singular they or the plural they, always use plural verb forms.

Forgiven are who are full of sorrow.

They as a subject pronoun replaces the subject. For example:

She and her mother knew where to go. went to Santa Monica.

'She' is a singular, feminine, third-person pronoun. In this part, we will discuss its uses and grammatical rules.

'It' is a third-person singular pronoun. Here, we will take a close look at its functions and grammatical rules in the English language.

'We' is the first person plural pronoun. In this part, we will go through its uses and grammatical rules in the English grammar.

'Me' is a first-person singular pronoun. In this part, we will go through its uses and grammatical rules in English grammar.

In this lesson, we will learn more about the third-person singular pronoun 'Him.'

In this lesson, we will learn more about 'her' which is the third-person singular pronoun, and the object pronoun of 'she.'