"With" vs. "For" in the English grammar 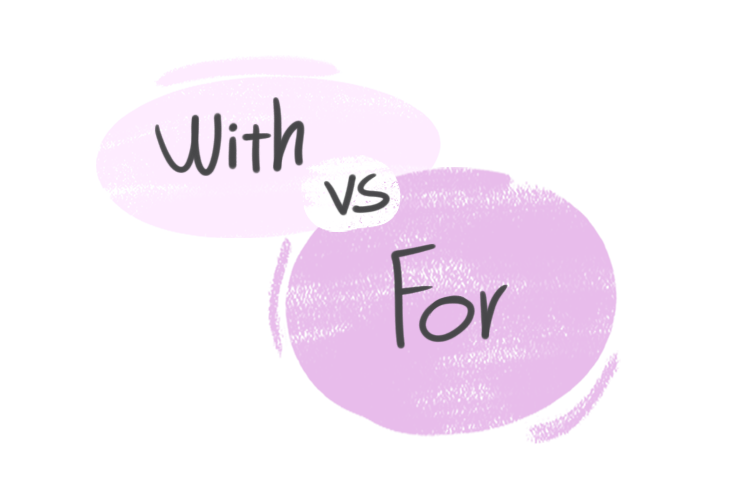 What Is Their Main Difference?

'With' is used as a preposition:

They served the dinner wine.

I was my boyfriend.

The baby blonde hair was running that way.

She has a car tinted windows.

The cat opened the plastic bag its claws.

She was cutting the apple a knife.

'For' is also used widely as a preposition:

We are voting her.

He got a present me.

The tools making this table were expensive.

These letters were used exchanging information.

'For' is also used as a conjunction. This usage is considered old-fashioned and is found in literary texts:

She was found guilty she was the only one with a motive.

He was feeling nervous he had a job interview.

In this lesson, we will learn the differences between 'with' and 'within' and when to use them.

With vs. Along With

Are you confused about when to use 'with' or 'along with' or if they are interachangeable?

With or In Regard To

Are you confused if you should use 'with' or 'in' with 'regards to?' In this lesson, we will learn which is correct and can be used.

Are you confused about the difference between 'with' and 'through'? In this lesson, we will learn their uses and differences.

In this lesson, we will learn the differences and uses of prepositions 'from' and 'of.'