This time, let's focus on some grammatically confusing words. Do you wanna expand your knowledge of the English language? Join me, then. 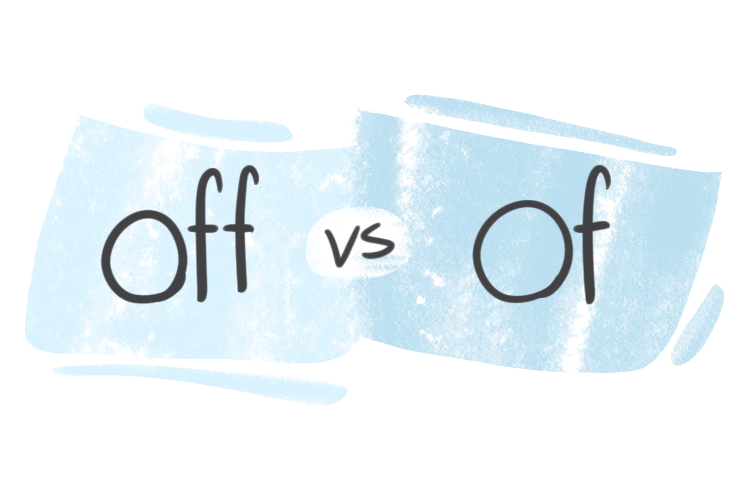 What Is Their Main Difference?

Both can be prepositions and have nearly identical dictations. 'Off', however, is the contrasting word for 'on' and indicates separating something from the other. It can be an adverb, too. 'Of' refers to something that is part of another thing. We can also use 'of' to indicate a specific point in time or space. Additionally, we can make a noun phrase out of a verb phrase using 'of'.

As mentioned above, 'off' shows disconnecting something/someone from another thing/person. It can function as both a preposition and an adverb. Look at the examples below:

Let me take my dress and rest a bit.

'Of', on the other hand, can have several meanings. We can use it to make a noun phrase out of a verb phrase. When we want to refer to something that is a part of another thing, we mainly use 'of'. Also, we can use 'of' to refer to a particular point in time and space. Another use of 'of' is to refer something that contains another thing in itself. Look at the examples below:

Let me get you a glass water.

Here, 'of' indicates something that contains another thing.

A part me wanted to scream and beat them to death.

Here, it is referring to something that is part of another thing.

At the time the Revolution, the police force all shoot to kill.

In this example, it is referring to a particular period of time.

Their only similarity is that they can both be prepositions. Look:

Clean the table, would you?

We will all be celebrating the victory on the 5th July.

Although they can both be prepositions, they can never be used interchangeably. Compare:

✓ The students ran to the street and fought for their rights.

X The students ran to the street and fought for their rights.

As you can see, this one is grammatically and semantically incorrect.

This time, we're gonna learn all there is about the differences and similarities between these two words. Do you wanna begin your learning journey?

Ladies and gentlemen, today I wanna begin with these confusing words. Do you know their differences and similarities? Well, let's start.

Do you know their differences and similarities? Who knows, maybe these two are completely the same. Well, let's find out. C'mon.

Onto vs. On to

In this lesson, we're gonna delve into the more grammatically confusing words. Are you ready? Do you still wanna learn? Let's go.

This time, we're gonna delve into the differences and similarities between these two words. Wanna learn more about them? C'mon.