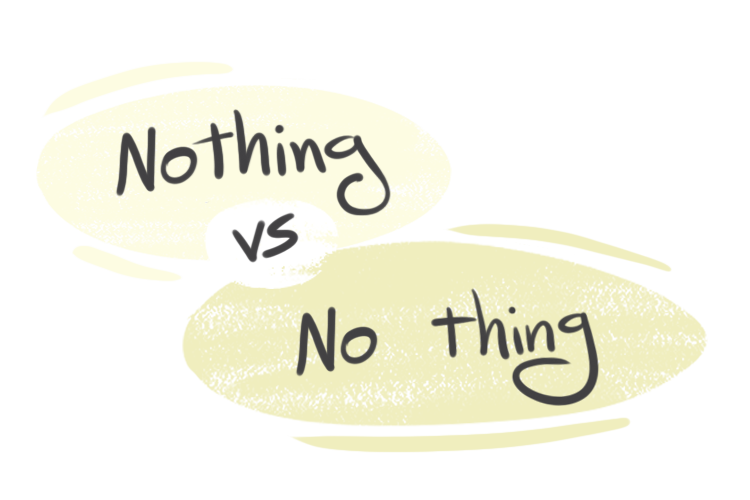 Which One Is Standard?

If you want to use 'nothing' as an indefinite pronoun, always write it as one single word.
'No thing' is not a pronoun, but a noun phrase. Let's take a closer look at each one:

When we put 'no' and 'thing' as a two-word noun phrase, i.e. 'no thing', note that the 'thing' must be a concrete thing (a thing that can be seen or touched), so when we say 'no thing', it means there is a presence there, but it has no touchable form.

I thought I saw something there, but it was ; it was just a shadow.

Another use of the noun phrase 'no thing' is when we want to put another word between the two, for example:

There's such as a free lunch!

'Nothing' is an indefinite pronoun. It means 'not anything'. It shows the lack of a single thing.

There is in my backpack.

There's I can do to help him.

Don't Use Negative Verbs with 'Nothing'

Always keep in mind that we do NOT use negative verbs with the pronoun 'nothing'. Because 'nothing' is a negative marker by itself.

There isn't I can do to help him.

This is a case of 'double negation' which is not grammatically correct.

Anything vs. Anything Else

What is the difference between 'anything' and 'anything else'? Do they have the same meaning? Let's see their similarities and differences.

Nothing vs. Not Anything

One of the differences between 'nothing' and 'anything' is that the former is a negative making indefinite pronoun and the former is not. Let's discuss them!

'Everything' is considered one word and it is an indefinite pronoun. But what about its alternate spelling with space between the two parts? Is it also correct?