"Anything" vs. "Anything Else" in English Grammar

Anything vs. Anything Else

What is the difference between 'anything' and 'anything else'? Do they have the same meaning? Let's see their similarities and differences. 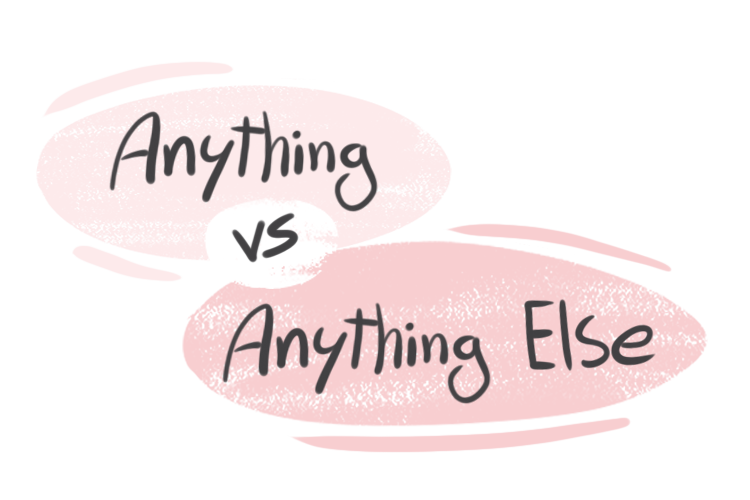 What Does 'Else' Mean?

The adverb 'else' is used after words that begin with prefixes like 'some-', 'every-', 'any-', and 'no-' and has a sense of exclusion hidden in its meaning. There's a hint of 'but' or 'except' in it.

Is there I can do for you?

In the first example, 'the speaker is generally asking if there's anything he can do. He might not have done a thing for the listener already.

Is there I can do for you?

As in the second example, it means 'the speaker has already done one or more things for the listener. But he's asking if there's anything BESIDES the thing(s) he's already done'.

Look at another example and note how 'else' makes a difference between the first and second examples:

I couldn't think of to say.

If you say 'anything else', it means you have already said one or few things and you cannot think about saying anything else.

I couldn't think of to say.

If you omit 'else', what you are saying is that you have not said even one word.

In this part, we are going to discuss the meanings and uses of 'something' and 'anything'. We will look at their similarities and differences.

'Nothing' and 'anything' are two indefinite pronouns that have similar meanings. But they are used differently in a sentence. Let's check these two out!

'Anything' and 'anyone' are two indefinite pronouns that have somehow similar spelling but they refer to different things. Let's see their differences.