Nothing vs. Not Anything

One of the differences between 'nothing' and 'anything' is that the former is a negative making indefinite pronoun and the former is not. Let's discuss them! 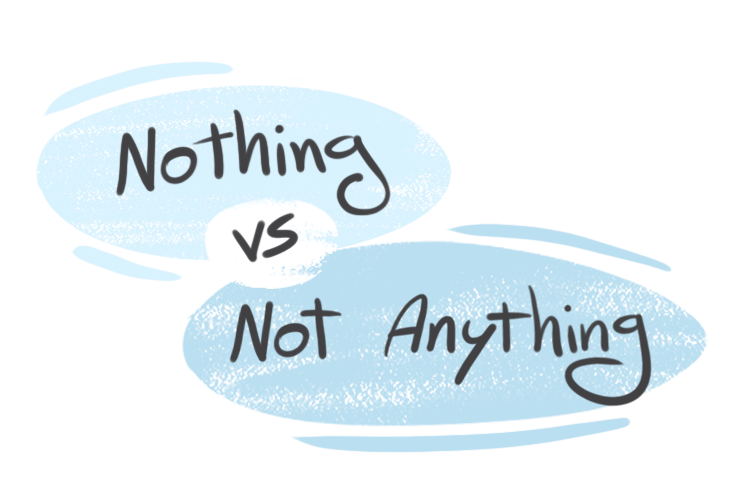 What's the Main Difference between 'Nothing' and 'Anything'?

The main difference between 'nothing' and 'anything' is that 'nothing' is a negative marker, but 'anything' is not.
is that the first sentence can be used more emphatically. It puts emphasis on the absolute absence of a thing. It actually sounds stronger for most people. It begins with an affirmative "I have" and then proceeds to the absolute "nothing".

I have left to do.

I do not have left to do.

As you can see, one of the sentences has an affirmative verb and one a negative verb.
Notice that, 'nothing' as a pronoun is in the negative form, so the verb must be in the affirmative form. Otherwise, there'll be a case of double negative which is a big mistake in standard English.

When we want to refer to the absence of a thing, the common construction is 'not ... anything'.
The verb is then in the negative form because otherwise, we have a case of a double negative.

When you need to build a sentence using a negative pronoun at the beginning of a clause, you then have to use: NOTHING. Therefore, the emphasis will be on the negative form.

can be done here.

'Everything' is considered one word and it is an indefinite pronoun. But what about its alternate spelling with space between the two parts? Is it also correct?

Everything vs. All Things

'Everything' is a singular indefinite pronoun. 'All things' is a plural noun phrase. Judging by this fact, let's go through their similarities and differences.