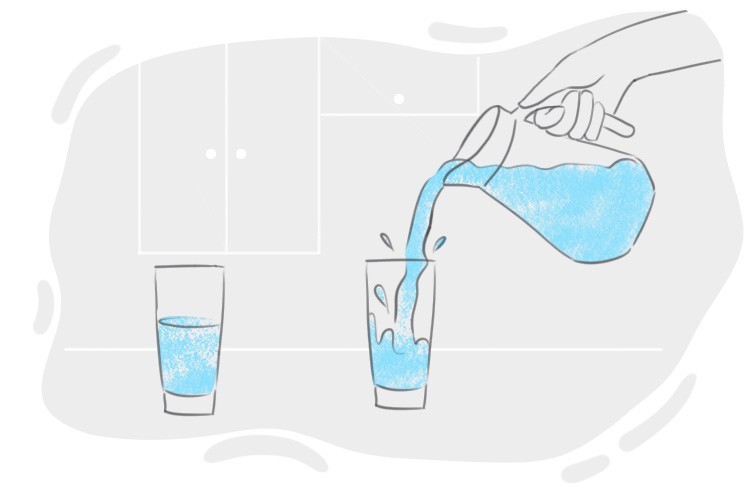 What Are Actions and States?

In order to describe everything that is happening or existing in our world we use verbs and tenses.

Based on whether the verb is describing an event or a state of being, we categorize them into two different groups:

State verbs describe situations that are related to the intrinsic features of a thing, person, or situation and therefore unchanging throughout their entire time.

We do not have state or action verbs, we have state and action contexts.

Some concepts truly seem permanent because it feels like they have been this way for years. For states, we must almost always use simple tenses. Some long states must always be used with simple tenses. For example:

using 'have' in the progressive no longer conveys the meaning of 'possession'. It refers to 'expecting a child to be born.'

This is a state. We cannot express it with continuous tense.

This is a state. You cannot use continuous tenses with it. Because measurement is a concept that is inherent. It does not change.

You cannot use continuous tenses with these states. Because they do not denote an actions. They show how things are or have been.

'Deserve' is not used in the continuous.

'Believe' is not used in the continuous tense. Do not say 'I you'.

'Understand' is not used in the continuous tense. Do not say 'I'm what you're saying'.

I in a restaurant.

Using simple tense means it is a permanent state, not something temporary. Also, if we want to mention the action of working in a restaurant, we can no longer use simple tense.

This shows a state. It is permanent and not likely to change. Saying 'I am living in Montreal' shows that the speaker is emphasizing on the temporariness of the action.

Using simple tenses implies that this is a fact. It is not a temporary thing.

It shows a state that is not going to change. But when we say it as a continuous verb, it means the speaker is referring to an action that is going on at the moment of speaking.

With the verb 'wish' we cannot use a continuous tense. Why? Because it is a think that we wanted to happen.

'Seem' cannot be used in continuous tense. Because it shows a state that is permanent and incapable or unlikely to change.

In this meaning, 'fit' is not used in the continuous tense.

Using 'have' with a state meaning in continuous tense, changes the meaning of have from 'possession' to 'expecting a child'.

Using continuous with this long state, shows that we mean he is acting like a 13 years old. It is not a fact. It is a short temporary thing.

This is an action. So we are using continuous tense.

With states, the emphasis is on the permanent nature of the meaning. Therefore it is possible to use it in continuous terms. States normally are expressed with simple tenses. However, if we use continuous tenses with short states, two of these things happen:
Either we use it to put emphasis on the shortness of the action. Or the meaning of the verb completely changes. For example:

It means I am considering moving. I am in the process of deciding.

It means right now, at the moment of speaking, I am enjoying this thing.

However, with 'hope' you can use continuous tense. Because at the moment of speaking you wish for something and there is a chance it might happen in the future. 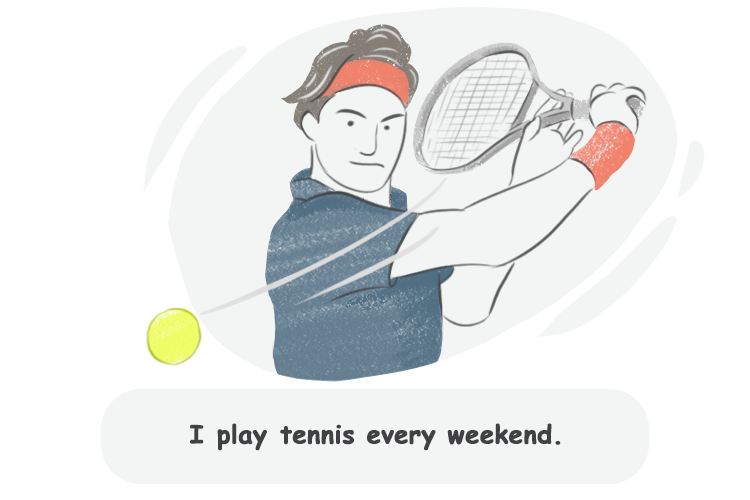 Using an Action Verb in a Sentence

Some verbs denote an action. Actions have a distinct beginning and end. But not all actions have the same duration. Some actions take hours and some take only seconds. Therefore, we can divide them into three groups:

Long actions can take a specific period of time and they have approximately one to several hours. Many movement activities are in this category. With long actions, we use continuous tenses. Let's take a look at some examples:

Using continuous tense with long actions puts emphasis on the ongoingness of the action at the moment of speaking.

I with my friends.

Many verbs of movement are like this. By using continuous we are emphasizing on the temporary action that is taking place at the moment of speaking.

He' in the ocean.

If we use continuous tenses with a long action, we are emphasizing the temporariness and the fact that the action is happening right now at the moment of speaking. It is not a habit or a routine.

But using simple tenses we are saying that the said action is a habit or a routine thing that happens regularly.

I in the park every day.

This shows that walking in the night is a habit or a routine action that takes place regularly.

The cat when she is happy.

He in the pool everyday.

Short actions are those kinds of actions that will only take a few seconds. They do not have a long duration. Short actions can be categorized into two groups: repeatable and non-repeatable actions (process).
Using continuous tenses with the first group shows that the said action is repeated several times. And with the second group, continuous tenses mean that the said action is on the run and is in the process. For example:

The baby all nightlong.

Using simple present tenses to show short actions means that the action is a fact. But, using past simple tenses represents a narrative style and we can use it to describe a story.

The frog in the pool.

The new company me.

Processes express a change of condition or state in their argument. They describe a change of state. Note that when describing the change, the present simple tense should not be used. We should use the present continuous tense for things that are changing. Things that go through a process do not usually go back to their previous forms. They are mostly irretrievable.

The corns in the field.

Using simple tenses with processes changes the context of the verb and the sentence no longer shows a process, rather it shows a general fact about something.

Corns in the field.

The ice fast under the sun.

Verbs That Can Be Both

Some verbs can have both state and action meanings based on a different context. A sentence like 'he works in a bank' may be either state or action, according to the context. In some contexts, the verb 'work' relates to a state (a profession), In some contexts, it can be an action in a context where 'work' describes an action.

I a brother called Brian.

Verbs like 'smell, taste, see, feel, hear' can be both state or action verbs. For example, we use 'smell' as a state verb to describe how somebody or something smells and what's their odor. But 'smell' can also be an action verb describing the act of smelling something.

'Smell' refers to her odor, here.

'Smell' means: the act of putting your nose near something and breathing in so that you can discover its characteristics with your nose.

Verbs are one of the most necessary elements to make a sentence. In fact, without a verb, we cannot have a meaningful sentence.

Based on how we conjugate verbs in the past simple and the past participle, they can be divided into two types: Regular verbs and Irregular verbs.

'She smiled beautifully'. 'She started a rumor'. One of these sentences has an intransitive verb and one has a transitive one. Want to know the difference?