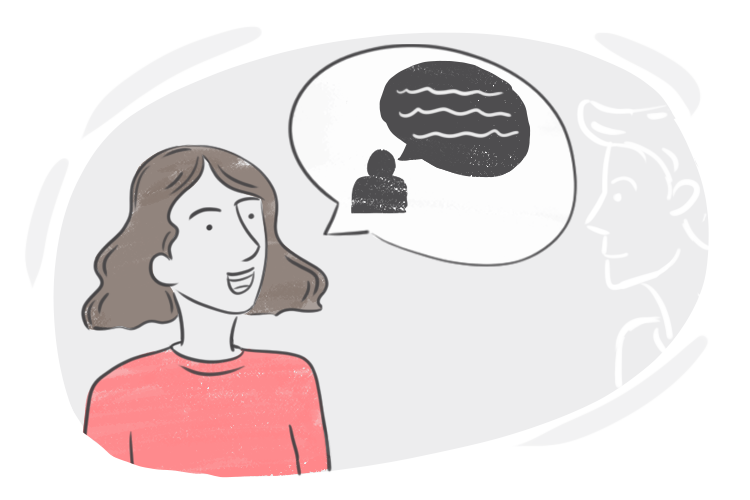 What Is Direct Speech?

Charlotte said, “Let's have a party!”

The reporting verbs can appear before the actual spoken words, or after them, or inside the reported sentence.

'Say' and 'tell' are two of the most common reporting verbs in direct speech, but 'say' is more common. When we use 'say,' we do not mention the speaker's name, however, if we do want to mention them, we use the preposition to.

But, when we use 'tell' in direct speech, we must mention the person being spoken to. 'Tell' is a verb that needs a direct and indirect object.

If we want to report a question, we use 'say,' not tell.

If we want to report wishes, greetings, congratulations, etc. we use 'say,' not 'tell.'

The reporting clause may come first or second.

Lucas said, "I have a date with Tiffany tonight."

"Give that back to me!" Noah demanded.

Sometimes in formal or literary texts, the reporting clause comes in the middle of the reported clause.

"Was it," Ethan asked, "the last time you had seen Mr. Jackson?" 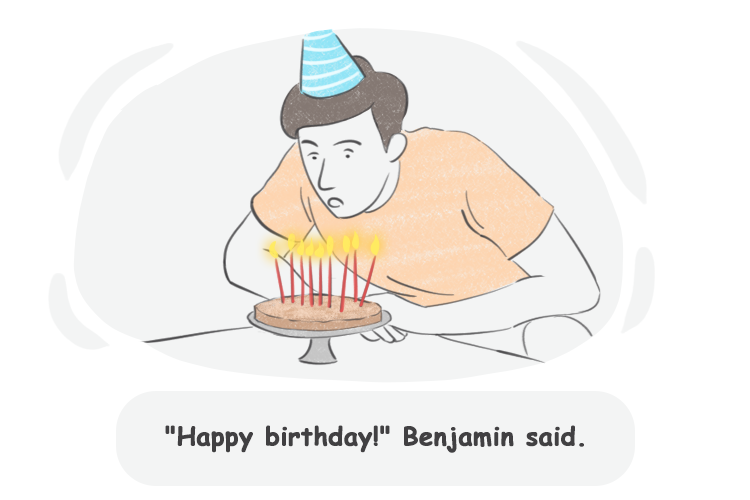 using direct speech to quote someone

If we want to describe how someone said something, we can use adverbs with the reporting verb.

"May I speak to him?" she asked somewhat .

In the process of telling a story, especially in novels, when the reporting clause comes second, we often invert the subject and reporting verb.

"My government will invest in the Stock Market," said the queen.

Sometimes in informal situations, we use the present simple in the reporting clause.

So then this guy says, "I have a gun. Give me all your money."

In very informal situations, we can use the present continuous in the reporting clause to make our statement sound dramatic.

And this guy's staring at me and asking, "Didn't you hear me?"

'Are you sure about this?' Penelope asked.

The reported clause always begins with a capital letter, unless the reporting verb comes within a sentence.

'Why did you say that?' Hannah asked.

Direct speech repeats, or quotes the exact words that were spoken. When we use direct speech in writing, we place the spoken words between quotation marks (" ") and we are not allowed to change the words or the tense of the sentence. We may be reporting something that is being said now (for example a conversation between two people in separate rooms repeated by a friend), or telling someone later about a previous conversation.

Here are some important verbs that are used to report something directly.

Tags are short clauses that look like questions. They are generally used at the end of a clause to ask for a response from the listener. Let's learn more!

Consider the sentence ' They is at home'. It is incorrect. There are different components in a sentence that need to agree with each other.

Reported speech is related to the grammar of reporting what someone else said. In this lesson, you will learn all about it.

Inversion and fronting occur when we invert the normal sentence order. In this lesson, we will study these two grammatical structure.

Ellipsis is the omission of a word or words that are obvious or easily understood from the context. In this lesson, we will learn about ellipses.