The definite article in English language is 'the'. It is used before a noun to show that the noun is known to the reader. Learn about this useful article! 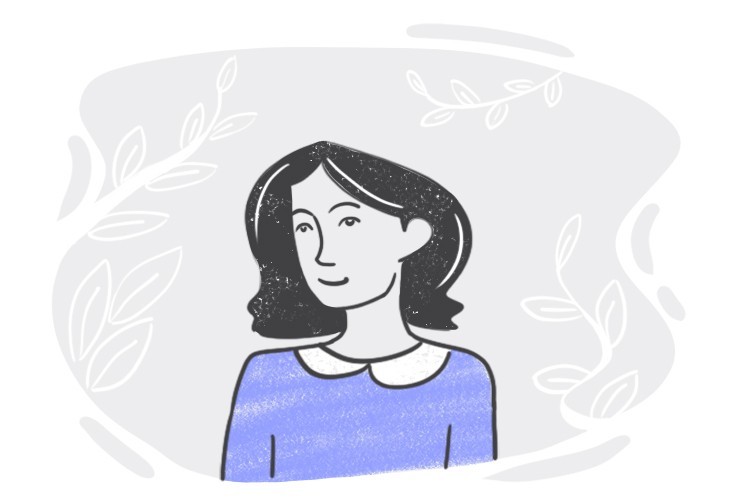 What Is a Definite Article?

In the beginning, we need to have a basic knowledge of ‘articles’ in English. What is an article?
To put it simply, articles are words that determine whether a noun is definite (specific) or indefinite (unspecific). Definite nouns refer to specific or known things; indefinite nouns, on the other hand, refer to unspecific or unknown things. Articles are often considered a sub-class of a more extensive class of words called determiners. There are only two types of articles:

On this page, we’ll focus on the ‘Definite Article’.

When we say ‘the book’, we are referring to a particular we assume you know.

The definite article specifies a noun by referring to a particular member of a group, class or something that was already mentioned by the speaker. Let’s see how the ‘definite article’ works.

How the Definite Article Is Added to a Noun

In English language, articles (definite and indefinite) always come before a noun. Take a look at this example:

He opened the book.

If you have a noun phrase instead of a noun, the article comes before the whole phrase not the noun. Look at these examples:

He opened the white book.

Here ‘white book’ is a noun phrase (made from an adjective and a noun), and article came before it.

Here ‘very first white book’ is a noun phrase (made from an adverb, two adjectivesand a noun), and article came before it.

When to Use Definite Articles

It is very important to know when and in which case you should use articles with nouns. In order to explain them simply, we divide nouns into two categories:

To Distinguish Something Mentioned Before

We can use a definite article to distinguish something that was mentioned before in a conversation or text. Look at these examples:

A man broke into our house. The man ran away when he saw our dog.

By using ‘the’ in the second sentence we show that this is the same man that was mentioned before.

A man broke into our house. A man ran away when he saw our dog.

A young man got run over by a truck. The man died and the police searched everywhere for the truck.

By using a definite pronoun in the second sentence we show that we are talking about the same man (a young man).

To Indicate Something Unique

We use 'the' when we wish to talk about a unique person or thing that has no counterpart in a situation. Let’s see how it works.

The moon is a sight to see.

How many moons does Jupiter have?

In this example we are not talking about the moon orbiting earth but, the concept of moon as a planet orbiting another planet so we do not refer to it as 'the moon'.

The sun is shining.

The president of the United States has a lot of power.

Since a country can have only one president at a time (a four-year period), we put ‘the’ before the noun 'president'.

To Indicate Something Unique in a Context or Location

We explained before that we use 'the' to refer to something that is unique. This use is almost the same, except here 'the' shows that something is unique in a specific context or location. Take a look at the following examples:

I bought an apartment next to the church.

Here 'the' precedes the word 'church' because the speaker thinks you know which church is being discussed. Probably because there's only one church in the district or town.

John! Look at the woman over there.

Here the definite article precedes the word 'woman' because the speaker wants John to take a look at the woman they are pointing at.

Mommy, where is the puppy?

In this sentence, the speaker puts the definite article before the noun 'puppy' because there's only one family dog or the speaker has only one dog.

Before Superlatives in Noun Phrases

We use the definite article before a superlative adjective preceding a noun to indicate that something has unique features or is one of a kind. Look at the following examples:

It is the oldest city in the world.

Here 'the' precedes the superlative 'oldest' to indicate that there's no city older than the city being discussed here.

She is the most beautiful girl in the class.

In this one, 'the' is placed before the superlative 'most beautiful' to indicate that no one is prettier than her in the class.

With Relative Clauses and Prepositional Phrases

We can use 'the' with different clauses or phrases by which we specify or describe a particular person or thing, or give information about that person or thing. Let's see some examples.

The Woman who wrote this letter is my Mother.

Here 'the' precedes a noun that is being identified by a relative clause. In other words, the relative clause is giving more information about 'the woman'.

She is the teacher who failed me in math.

This sentence is similar to the previous one. The definite article is placed before a noun that is about to be identified or specified by a relative clause that follows it.

I live in the house next to George's coffee shop.

In this one, the prepositional phrase 'next to George's coffee shop' is giving information about the house. Therefore, ‘the’ precedes the noun ‘house’.

Would you give me the glass on the table?

Here 'on the table' is a prepositional phrase which is giving information about the 'glass'. 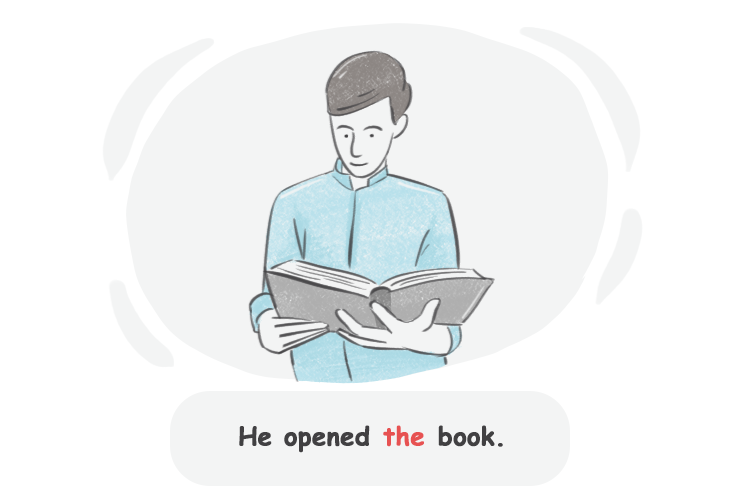 using the definite article 'the' in a sentence

Before Nouns as Adjectives

We use the definite article with some adjectives to refer to a group of people sharing a particular characteristic. This is especially important in situations where nationalities or ethnic groups, and their languages might be confused. See the examples below.

I love the French.

Here 'the French' refers to all 'French people'.

The poor need our help.

In this sentence, 'the poor' means 'poor people'.

When you use the definite article with some adjectives to refer to a group of people, you must use them as a collective (plural) noun.

The French are famous for their flavorful sauces and soups.

To Refer to a Whole Group

When we wish to refer to a specific class among other classes or all the things in a group or all the members of a group, we can use the definite article with a singular noun. It’s time for some examples.

The heart is a vital organ in the body.

Although here 'the' precedes a singular noun, this sentence implies that hearts are vital organs in bodies. 'The heart' refers to all hearts that exist in all bodies.

The lion is a dangerous animal.

Although 'the lion' is singular, it refers to all lions. This sentence means, lions are dangerous animals.

When we are talking about a type of musical instrument, we put the definite article before the name of the instrument. The examples are below:

He plays the guitar very well.

I learned to play the piano when I was really young.

Here it does not refer to one specific instrument but a type of instrument.

Before Systems or Services

When we wish to talk about a specific system or service such the police, television, radio, and train we use the definite article. Let's see some examples.

She takes the bus to school every morning.

In this sentence 'the bus' does not refer to one specific bus but to 'bus' as a means of transportation.

I listen to the radio while driving.

Here 'the' precedes 'radio' to refer to the whole system, and not just to a particular station.

We can also use the definite article with an ordinal number to refer to the particular instance when something occurs or to the number of times something happens. Here are some examples.

This is the fourth time I have called her today.

In this sentence, 'the' is placed before 'fourth' to specify how many times the action of calling was done by the speaker.

This is the third time I am asking her for a favor.

Here the definite article precedes the ordinal number 'third' to indicate how many times the action of asking for a favor was done by the speaker.

We can use the definite article when we want to refer to a particular decade of a century. Let's see some examples.

She was born in the nineties.

This sentence means that the speaker was born in a particular year in the nineties (the years from ninety to ninety-nine).

This one means that the particular book was written in the third decade of the eighteenth century.

Generally, we can't use the definite article with most proper nouns. But there are some exceptions. Let's go through them.

We use the definite article with the names of oceans, seas, rivers, mountain ranges, canals, groups of islands, and geographical areas. Here are some examples.

The Canaries (or the Canary Islands) are situated in the Atlantic Ocean.

The Arctic is the name of a geographical region, so 'the' is placed before it.

The Rocky Mountains are located in the west part of America and are really hard to climb.

Here the definite article is placed before a proper noun that refers to a particular mountain range.

With Names of Some Countries

She has never been to the Netherlands.

As you can see, 'the' precedes 'Netherlands' because it is the name of a country and it's plural.

He always wanted to see the United States.

In this sentence, 'the' is placed before 'United States' because it is a proper noun and there is 'states' in it.

With Names of Newspapers and Publications

We put the definite article before newspaper names. Let's see how.

I read the Guardian.

I know someone who works for the New York Times.

The Guardian and the New York Times are both newspaper names, so 'the' precedes them.

With Name of Certain Buildings and Places

We also use the definite article with the names of famous buildings, museums, monuments, or works of art. See the following examples.

We went to Paris to see the Eifel Tower.

Who painted the Mona Lisa?

We use 'the' with the names of hotels and restaurants. Here are some examples.

I always stay at the Continental Hotel.

The Gramercy is my favorite restaurant.

The Continental Hotel is a hotel name and the Gramercy is the name of a restaurant, so 'the' precedes them.

We can't use the definite article with hotels or restaurants named after people.

We stayed at Main’s Hotel.

We can use the definite article with the names of families. Look at the following examples.

The Morrisons live next door.

We are having lunch with the Browns today.

The 'Morrisons' and the 'Browns' refer to all the members of both families.

Some nouns and noun phrases are used with no articles preceding them. In this article, we will learn about them.

Partitives are used to refer to an amount or number of something. Follow the article to learn more about them.

Distributives are determiners that indicate divided groups of people. In this lesson, we will learn uses, grammatical rules, and more.