Conditional III indicates an impossible, hypothetical and unreal condition in the past and its probable result in the past. To learn about them, start reading! 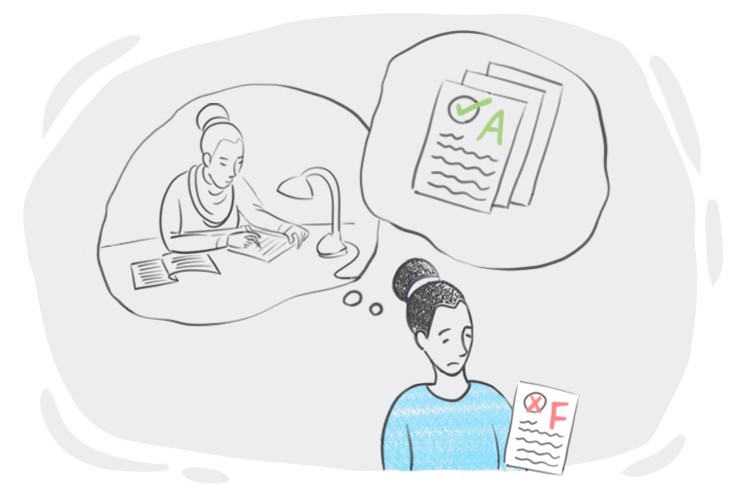 What Are Third Conditionals?

The third conditional is a form of the hypothetical statement that is used to talk about an unfulfilled dream, wish, or some event that did not happen in the past.
It is as if we are describing or imagining a different version of the past. Take a look at the examples below:

If I to the university, I able to study and make progress in my favorite field.

Here in this example, the statement is about the time he/she wished to go to the university and study but it has been left unfulfilled.

If she you, you a famous singer.

The structure of the third conditional is:

If + past perfect + would/could/should + have + past participle

If you want to change the statement to a negative one, remember to add not before have in the sentence.

If I to music school, I a literature professor at the university.

Note that wouldn't have is the short from of .

If they their homework completely, the teacher them.

Whenever you put the 'if clause' first, remember to add a comma between the two clauses.

he had bought that car, He could've turned rich by now.

If you want to state the main clause first, there is no need to add commas in between the two sentences.

She should've called the police she had heard a mysterious noise.

This type of hypothetical statement is used when we want to talk about an unreal situation that could happen in the past but did not or it's a dream that was not fulfilled.

If she louder, I her.

Here as you can see, we are talking about an unreal past event.

If they properly, the manager so angry.

The main difference between these two structures is that the third conditional form is used when we want to talk about a different version of the past. Something that could happen but did not, in the second conditional sentence, we talk about an unreal situation in the present or in the future.
Compare the following examples:

If she to school, she the letter.

Here as you can see, we are talking about regretting something in the past.

If they that car, they to Istanbul next week.

In this example, there is a possibility to happen in the future.

Notice the difference in the following examples:

If they before their class, the teacher them so severely.

If I to church, I religious by now.

'If you don't eat or drink, you die'. 'If you heat water, it boils'. Zero conditional is used to talk about facts or situations which are always true.

We use the conditional Type 1 when we want to talk about situations we believe are real or possible in the future. 'If I study hard, I'll pass the exam.'

Type 2 conditional sentences talk about situations that are hypothetical. There is a possibility that the condition will be fulfilled.

Sometimes the two parts of a conditional sentence refer to different times. This is called a mixed conditional. Ready to learn?