"Neither" vs. "Nither" in the English Grammar 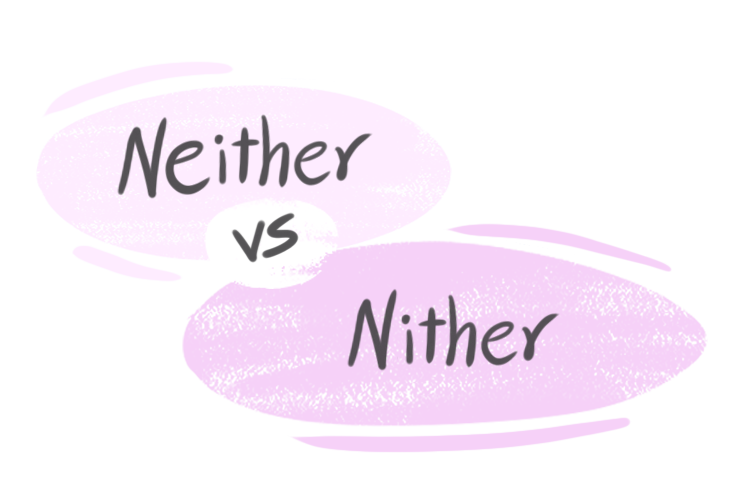 What Are Their Main differences?

Despite being rare to see 'nither' in standard English, it is good to know its meaning. If we do not consider 'nither' as a misspelling for the term 'neither', both words have their own special meanings.

'Neither' as a determiner, is used before singular nouns to mean none of the two. As a pronoun, it is used alone with no nouns afterwards and it comes straight before the verb. As an adverb, it is used to agree with a positive sentence which was mentioned before. When it is a conjunction, it is usually followed by nor.

boy loved Georgia as much as Alex did.

book was fantasy so I stopped reading them.

is not common in the English language. But it can have different meanings in the Scottish language as follows:

'Nither' can be the misspelling of the term 'neither'.

Let us take a look at their differences in a table.

Whenever there is a misspelling or we are dealing with a Scottish context, 'neither and 'nither' have the same meanings.