Possessives are used to indicate possessions. In this lesson, we will discuss the different types of possessives, including nouns, determiners, and pronouns. 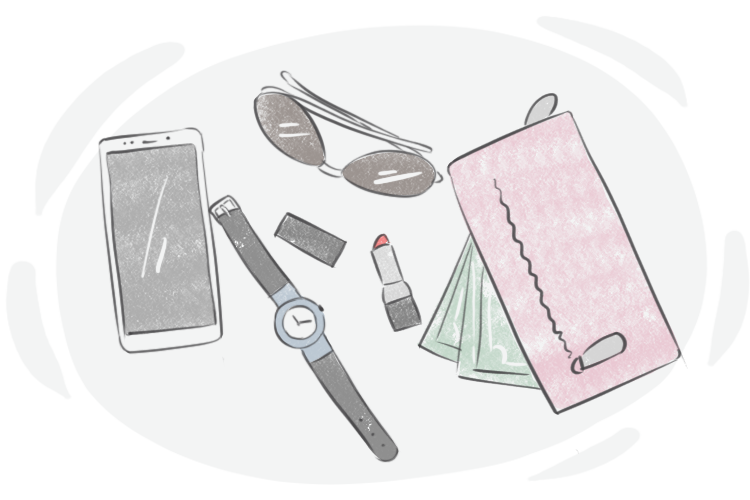 Possessives are comprised of different forms that we use to talk about possessions and relationships between things and people.

In order to show possession or relation between two nouns, you can add 's to the first noun that can be singular. For example:

Sarah played with her friend dollhouse.

Her friends owns the dollhouse.

We are having a party at John house.

For regular plural nouns, simply add ' to the first noun to show possession. But, if the plural noun is irregular (does not have -s in the end) add 's. For example:

This is my parents house.

These are men pants.

Note that they must be followed by a noun or a noun phrase. Take a look at some examples:

kind father is a dentist.

Note that they must stand alone and are not followed by a noun or a noun phrase. Take a look at some examples:

Your house is big and is small.

We can use possessive pronouns and nouns after of. For example:

Marcus is a friend .

'Whose' is used to ask which person or people has a particular thing. In other words, we use whose to ask questions about possession. For example:

book is this? It is mine./It is my book.

You can show possession and belongings with the preposition of. Like:
A friend mine = possession
A house his = belonging

1. One of the basic functions of the possessive is to talk about 'belonging' or 'ownership'. For example:

You can stay at house.

2. Possessives also show where someone works, or studies. For example:

This is . Mary goes to this school.

3. Possessives can also talk about a relationship between people:

4. Sometimes we can use possessives to relate an intangible thing (like a feeling, a thought, etc.) or an abstract thing to a person. For example:

5. Possessives can also be used to refer to shops, restaurants, churches, and colleges, using the name or job title of the owner:

Let's go to for lunch.

6. Possessives also show that a noun is interpreted or described by another noun. For example:

7. Possessives can be used to identify the creator, author, or originator of another noun. Take a look at these examples:

There are some fixed expressions in which the possessive form is used. For example:

For sake, stop that right now!

Demonstratives express distance in space and time. In this lesson, we will discover the rules, types, uses, and more in detail.

If math describes how the world works, numbers are the alphabet that makes math possible. In this lesson, we will discover all about them.

When we want to refer to quantity, we use numbers. These numbers are called 'cardinal numbers.'

Imagine that you are on a list and you want to know where you are standing. To refer to that number, we use 'ordinal numbers.'

The ancient numbers that are still being used, we all have definitely seen them, let's learn them properly now.

When to Spell Out Numbers

There are many types of ways to say a number but do you know when and where to use each of them? In this lesson, we will discover more about numbers.