Appositives help us understand the text better. You may ask why? Appositives give more information about a particular noun. 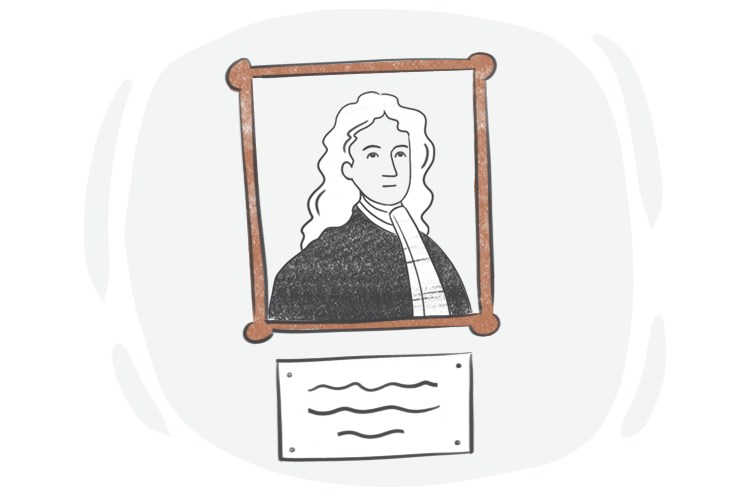 'Appositives' are nouns, or noun phrases that are used to describe or rename another noun or pronouns.

In this example; my grumpy professor is the appositive noun phrase that its head (professor) is renaming Mr. Green.

His best friend, , had a baby.

I bought a bunch of flowers for John, .

Newton, , was a smart person.

When an appositive implies essential information about a noun, it cannot be omitted from the sentence and is not followed or preceded with a comma. Check out the examples:

My friend is a doctor.

They met the professor of the university .

With restrictive appositive nouns, you are not allowed to use commas.

When To Use Restrictive Appositive Nouns

Sometimes there is a big group of options that if you do not describe the noun with a restrictive appositive noun, the conversation will be vague and you cannot understand the exact intent of the speaker.
This usually happens for proper names that are used to rename a general name. For example:

My brother is too strict.

Here the listener will understand that the speaker has more than one brother.

His dog is always barking at the midnight.

The person owns more than one dog. 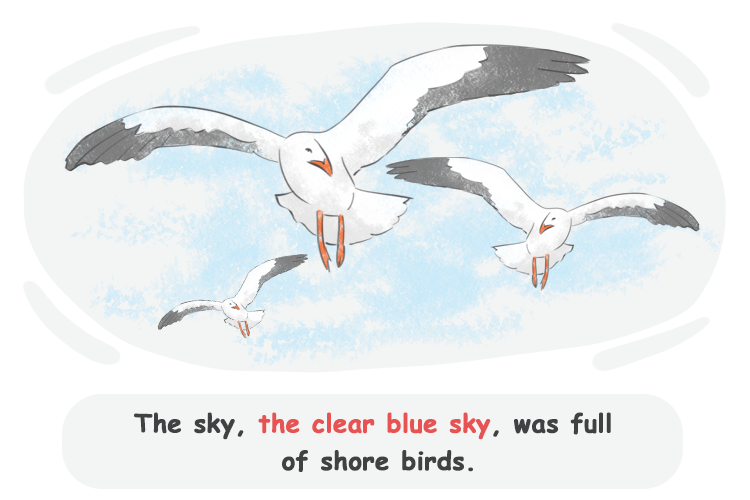 using an appositive in a sentence

Appositives have different uses, such as:

One use of appositives is to indicate emphasis. By repeating the initial noun or part of a sentence as an appositive, we can emphasize what we think is important. Check out the examples:

The sky, , was full of shore birds.

We can use the appositives to explain a word with an easier word or with another word that means the same. The examples below can help you understand it better:

The aerophobia, , is one of the most common phobias of all time.

Noun phrases can also describe pronouns here, but they are not necessary for a sentence. And they are preceded, followed, or set off with commas in the sentence. Here is the example.

You, , are going to take care of my son while I am on vacation.

These pronouns are used to identify a group that is considered really general. Pronouns are used as non-restrictive appositives when they are combined with other nouns, meanwhile, they are used at the second position, or in other words after the main noun. For example;

Remember, the pronoun that you use agrees in case, with the positive noun. To choose the correct pronoun all you have to do is to delete the main subject or object of the sentence, then decide which pronoun is the best to be used. Here is the example.

They called /, the teachers, to send the results.

Here, the teachers is the appositive, so you have to delete and then decide whether 'called us' is correct or 'called we'

How to Use Appositives

'Appositives' are nouns or noun phrases that are used beside another noun and they give more information about the other noun. They can be used at the beginning of a sentence, in the middle of it, or even at the end of a sentence. Here are a few examples:

The non-restrictive appositives in the middle of the sentence must be put between two commas. Remember, using two dashes or round brackets before and after the appositives is correct as well. Look at the three same sentence structures below:

I think Matt Leblanc, the actor of Friends, was the funniest during the entire show.

I think Matt Leblanc—the actor of Friends—was the funniest during the entire show.

I think Matt Leblanc (the actor of Friends) was the funniest during the entire show.

'Appositives' give further information about a noun or repeat it to make emphasis. There are two main appositives in English grammar, as follows:

Adjective Complements are clauses or phrases that give information about an adjective. In this lesson, we will learn all about them.

The part of a sentence that contains the verb and gives information about the subject is called the predicate. In this lesson, we will discuss it.

Antecedents are nouns or noun phrases that refer to the pronoun. If you are eager to learn them or know more about them, read this.

Expletives or placeholders are words or phrases that are used to fill out a sentence without adding essential meaning to the sense of the whole sentence.

A part of speech is any grammatical group, such as noun, verb, and adjective, into which words are classified based on their use.

We may not know what we are using but in everyday English, we use many words that help us be more polite. In this article, we will take a look at these titles.