'When' is a WH-word, which is mostly used in question form. In this lesson, we will learn everything about this word. 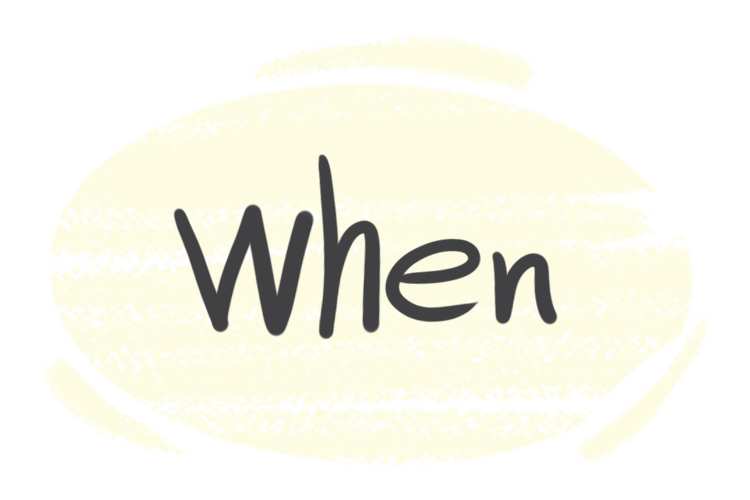 When is a widely-used vocabulary and a part of the WH-words category. We will learn five functions of when in this lesson:

1. 'When' as an Interrogative Adverb

When as an interrogative adverb is used to ask questions about the time of an action. For example:

'When' asks about the time of an action.

1. The subjects 'I' and 'we' are replaced with 'you' in interrogative sentences.
2. If there is a main verb in a sentence, a semi-auxiliary or an auxiliary verb is needed to make an interrogation.

Here is an example:

B : are they coming back?

When as an interrogative adverb is used alone to show emotion. Here are some examples:

2. 'When' as a Conjunction of Time

When as a conjunction of time introduces an adverbial clause, expressing when an action happens. It also functions as adverbs and describes a verb, an adjective, or another adverb. Now look at its uses and some examples:

my sister called me, I was coming back home.

I was driving my sister was talking to me.

'My sister was talking to me' is happening during ' I was driving.'

I will play with you, you have cooked the meal.

‘I will play with you’ happens after 'you have cooked the meal.'

You called me I stepped into the home.

'When' here means 'just after.'

I call you I have time.

You called me I stepped into the home.

'When I stepped into the home' can also be used after 'you called me.'

3. 'When' as a Subordinating Conjunction

I had to read a horror book I really wanted to watch a horror movie.

I came back home she wanted to stay there.

I don’t go out I have no money left.

When is only used at the beginning of the dependent clause. For example:

I don’t go out I have no money left.

4. 'When' as a Relative Adverb

When as a relative adverb introduces an adjective clause that functions as an adjective and describes a noun or a noun phrase it precedes. Here is an example:

She remembers the night you asked her out.

'When you asked her' acts as an adjective for 'the night.'

When as a relative adverb always comes at the beginning of the adjective clause. Now, take a look at an example:

She remembers the night you asked her out.

'When' comes at the beginning of the adjective clause 'you asked her out.'

5. 'When' as a Nominal Relative Pronoun

I don't know to see you.

The nominal relative clause acts as an object here.

to see you doesn't matter.

The nominal relative clause acts as a subject here.

When as a relative pronoun always comes at the beginning of the relative clause. When is used in two ways:

I never asked you saw me.

I never forget to see you.

to see you doesn’t matter.

I never forget to see you.

'When to see you' is a nominal relative clause introduced by 'when.'

The word 'anything' is commonly used in the English language. In this lesson, we will learn its functions and positions in a sentence.

'Other' or 'another'? You may have confused the two as they are very similar. In this lesson, we will learn all about 'another' and its functions.

The word 'something' has two functions in English grammar. We will discover its functions and more in this lesson.

'Where' is a WH-word. In this lesson, we will discuss the rules of using 'Where.'

'Why' is a WH word, which is mainly used in question form. In this lesson, we will learn everything about this word.

'How' is mainly known as an interrogative adverb to find out the way an action happens. But there is more to learn about this word. Click here to learn!