Which and whose are used a lot in English and this makes it really important to learn them. Since they can be relative pronouns they introduce relative clauses. 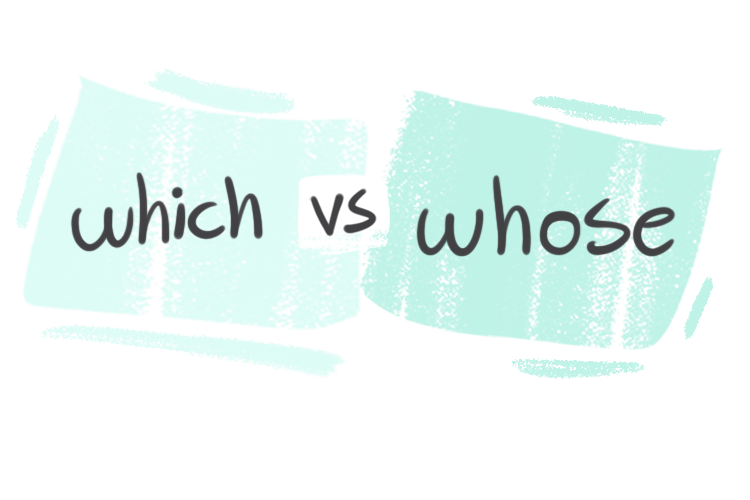 'Which' and 'whose' can be determiners and pronouns, Each has its own grammatical importance and rules. Sometimes They can be of similar rules and other times they can be different. Actually, their main difference relies on their meanings. 'Which' refers to things or add details and information to things; while 'whose' indicates possessions and it means 'of which'.

How They Differ in Their Meaning and Uses

imply different functions. We mean; as it was mentioned earlier, 'Which' is used to ask for information about a definite set of things or people. However, 'Whose' is used to ask about possessions related to things and people.

animal can jump higher the kangaroo or the rabbit?

little bunny is this?

Which and Whose as Pronouns

This is the factory founder died last week.

This house, belongs to Mr. Rite, is being sold.

one is your car?

The director, films won Oscars, works with the best screenwriters ever.

'Which' and 'whose' as Determiners

as determiners are followed by nouns. Feel free to study the examples.

shirts are those? → determiner

animal is not able to see in day light? → determiner

Some think that 'whose' is just used for 'living things which is absolutely incorrect. 'Whose' and 'which' both can be used to refer to living and non-living things.

The man, is wearing blue shirts, is Sara's father.

That is the school was built 20 years ago.

It is the factory products are famous all over the world.

The boy, friends were angry with, is getting everyone present.

What and whatever have similar meanings with each other. Let's not forget the delicate difference. Follow the article to study the similarities and differences.

Since what and how are considered relative pronouns and interrogative words; there are many important points to know about them.

Using which and that commonly in English does not mean that they are easy to use. Since they are important it is a chance for you to learn them easily, here.

Which and whom are two commonly used pronouns, using them a lot makes lots of confusion for new learners. So let's not waste one moment and start learning.

Despite the fact that 'whom' is not used commonly in English; it is possible for you to face this word in formal articles. So, what is the difference?

'Which' and 'who' are interrogative words that are used to ask questions or in some cases, they are used as relative pronouns to connect two clauses. Read more.