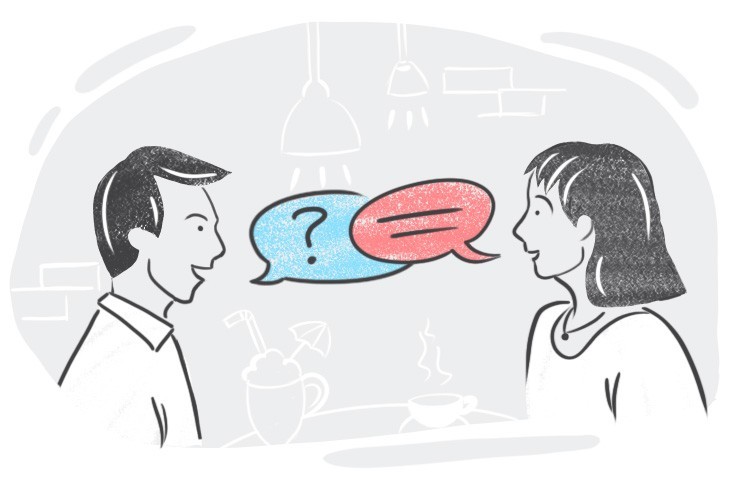 What Are Interrogative Pronouns?

Here there is a table to help you learn the interrogative pronouns:

There are two ways to use an interrogative pronoun, it can either be the subject or the object of a sentence.

Interrogative Pronouns as the Subject

When interrogative pronouns are used as subjects they don't change the structure of the sentence at all. In this case there is no need to change the position of subject and verb or add an auxiliary verb. Take a look at these examples:

You can see that all we had to do was to replace the subject 'he' with an interrogative pronoun.

Here is the structure, you just omit the subject and put the interrogative pronoun in place of the subject.

Interrogative Pronouns as the Object

If you want to ask questions about the object of a sentence, you have to make some changes. First, you have to remove the object; then change the sentence into a yes/no question and finally add interrogative pronoun at the beginning of your sentence.

Here, a new cup of coffee (object) is deleted. Do you need? is the yes/no question, and 'what' is used at the beginning of the sentence as an interrogative pronoun.

'Whose' as the Possessive Pronoun or Determiner

Remember, 'Whose' replaces both possessive pronoun and determiner. It is important to know that if you want to use the noun like (car) you should put it immediately after 'whose.'

told you about the company's downsizing? - told me.

In this question, 'who' asks about the subject of the verb 'told'; 'tell' is a transitive verb and it needs both a subject and an object. The object is 'you,' so you need the person that did the action of 'telling,' Rick.

did they shoot? - They shot in her car.

Here, we are asking about a girl who has been shot, the shooters (they) is the subject, and (a girl) is the object. So we use 'whom' to question the object.

In modern English, 'whom' is considered formal and old-fashioned. So you can just use 'who' both as subject and object. 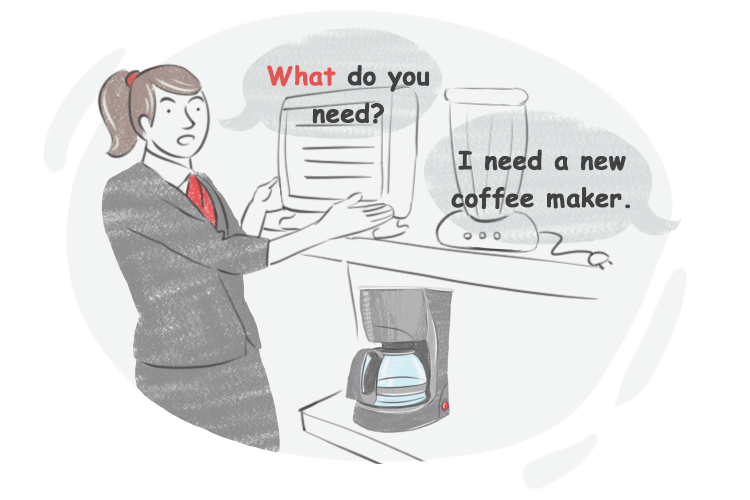 Using the Interrogative Pronoun 'What' to Form a Question

When to Use What and Which

'What' and 'which' are both used to ask about things, but there is a small difference between them. You can use 'what' to ask for information when there is an unlimited range of answers:

is the most famous painting in the world?

is your friend’s name?

By the sight of the term 'what' you can get that one is asking for information out of unlimited range of answers.

You can use 'which' to ask for information when there is a limited range of answers:

parent do you love more? Your father or your mother?

Here in this question, you have only two choices to answer 'your mother' or 'your father.'

' one is your sister?' 'The blond girl over there.'

Probably there is only one blonde girl over there, since the person is using 'which' to ask the question.

Let us look at some examples:

is at the door?! I wasn't expecting any guests!

Here '-ever' is used to show that the person is surprised.

you want to do with your life?! You are an adult now and you need to make serious decisions.

As you can see, '-ever' is added to the interrogative words to emphasize more.

Generally, if you use 'what,' 'which,' and 'whose' alone, they would be interrogative pronouns. If you use a noun after them, they become interrogative determiners. Here are some examples for more clarity:

color is your favorite?

Here, 'color' is a noun added to 'what,' so 'what' is an interrogative determiner here.

As you see, 'shoes' is a noun added to 'whose,' so 'whose' is an interrogative determiner here.

In this example, 'whose' is a interrogative pronoun, since there is no noun after it. As you know 'these' is the demonstrative determiner here.

Relative pronouns function as the connector of a noun and a clause. Look at the following examples:

A bonus will be given to the salesman makes the most money this month.

It is obvious that 'who' connects 'the salesman' to the clause 'makes the most money this month.'

Joan likes movies have a lot of action scenes and loud noises.

Since 'what' is not a relative pronoun, it is replaced by 'that' to connect a noun (movies) to a clause (have a lot of action scenes and loud noises).

How to Make Questions?

Let us take a look at the table to sum up, and learn the concept through some examples:

are common errors related to this subject?

are you talking to?

is the girl in blue dress?

one is your favorite? blue or black?

A demonstrative pronoun is a pronoun mostly used to point to something based on its distance from the speaker. In English, these pronouns have four forms.