'There' is a pronoun used as the subject of a sentence. In this part, we will go through its uses and grammatical rules in English grammar. 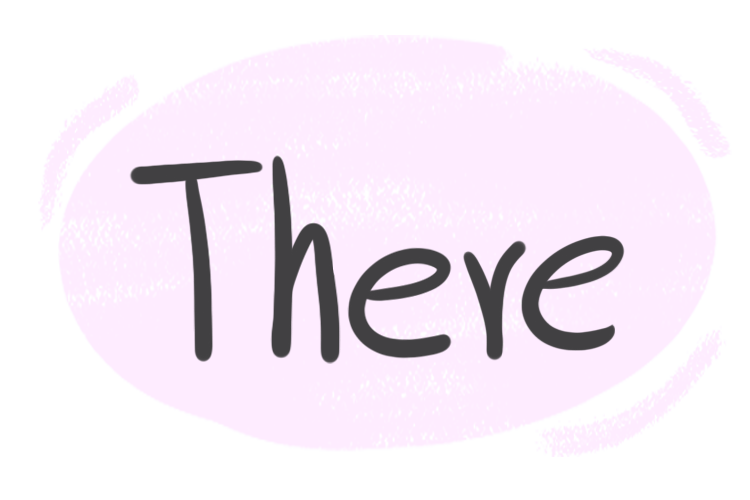 There is a word most commonly used as a pronoun. In this lesson, we will discuss when and how to use it.

1. 'There' as a Dummy Subject Pronoun

There as a dummy pronoun, also called existential 'there', can be used with singular or plural verbs. There introduces a subject that comes later in a sentence. Look at its uses:

will be a party tonight.

'There' actually introduces the subject 'a party' that comes later.

are a few parks in the downtown.

'There' indicates the place: a few parks

is one book and two pencils in my bag.

'Book and pencils' are countable.

is some rice in the container.

seemed to be a cute kitten.

remained some doubt about the incident.

There as a dummy subject pronoun replaces the subject. There actually introduces the subject that comes later in the sentence. For example:

is always plenty to eat in my mom's house.

'Plenty to eat' is the real subject.

is some rice in the container.

This sentence is actually 'some rice is in the container.'

There as an adverb is mainly used to refer to the place of something. But it has more uses:

I plan to travel to France. I like living .

'There' is an adverb referring to 'France.'

Hello, this is Sami. Is Roza ?

This conversation is on the phone.

! You didn't accept what I have told you.

A : I do believe age matters in relationships.

And , happy, living ever after.

Here, the speaker sums up the story.

Then , looking like an angel, ready to kiss her fiancé.

Here, the speaker is slowing down the pace of their story-telling.

There as an adverb comes at the beginning, in the middle, or at the end of a sentence. Look:

! You didn't accept what I have told you.

'There' is at the beginning of the sentence.

Then , looking like an angel, ready to kiss her fiancé.

'There' is in the middle.

Hello, this is Sami. Is Roza ?

'There' is at the end of the sentence.

There can be used in exclamations to show the speaker's feelings. Such as:

Here, the speaker seems to be angry.

'There' shows the speaker is satisfied with something.

There there is used when we want to calm down someone else, particularly a small angry child. Look:

In this lesson, we will learn more about 'that,' which is a demonstrative pronoun that can replace a noun and become the subject or the object of a sentence.

'These' is the plural form of 'this.' In this part, we will go through its uses and grammatical rules in English grammar.

'Those' is a plural demonstrative pronoun. In this part, we will go through its uses and grammatical rules in English grammar.

'One' is an impersonal pronoun that refers to a specific person or thing. In this part, we will go through its uses and grammatical rules in English grammar.

'Mine' is a possessive pronoun of 'I'. In this part, we will go through its uses and grammatical rules in English grammar.

'Yours' is a possessive pronoun of you. In this part, we will go through its uses and grammatical rules in English grammar.