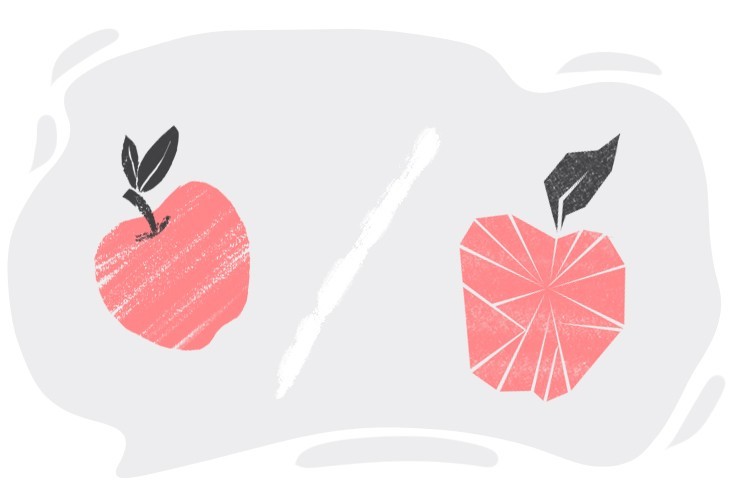 What Are Concrete and Abstract Nouns?

For example, an ice cream, a pen, a car are all 'concrete nouns' while love, hate, and anger are 'abstract nouns.'

A concrete noun is a noun that we can perceive through our five senses. We can smell it, taste it, hear it, touch it or see it. Let's see some examples:

I heard his but I did not pay attention.

How to Recognize the Concrete Nouns in a Sentence

Whenever you face a noun in a sentence you can ask yourself whether you can touch, see, hear, taste, or smell that particular noun. If the answer to the question was 'yes' then you can be sure that the word is a concrete noun.

I ate the in an expensive .

In this sentence you can taste the 'pasta' and see the 'restaurant' so, they are both concrete nouns.

I listened to the you told me to listen.

In this sentence, you can hear the sound of the music, as a result, music is a concrete noun.

In this sentence 'religion' and 'Jainism' are both abstract nouns because you cannot feel them by your five senses.

Here are the concrete nouns on the list based on which sense they are felt with.

In this example 'Jake' refers to the name of a man, so, it is referring to a concept that can be touched easily. As a result, it is a proper concrete noun, however, the term 'boy' is considered a common concrete noun because it has a generic meaning.

is a useful Italian to learn the grammar.

Deciding Whether a Noun Is Concrete or Not

There are some words that can be experienced through our five senses in some contexts and in other contexts they may have a non-concrete concept. Here are the examples:

His are amazing, mostly the classic ones. → concrete noun

Here in this example, the speaker is referring to a piece of art which can be seen.

Finishing this project requires some hard . → not a concrete noun

In this example, the speaker is actually referring to the effort which is a need to finish the project.

The global warning is not going to be beneficial for the . → a concrete noun

In this example, the atmosphere is made of different gases, so it is concrete.

I went to the party and they were really friendly, actually it was a welcoming . → an abstract noun

Here in this example, you cannot see a physical concept so it is not concrete. 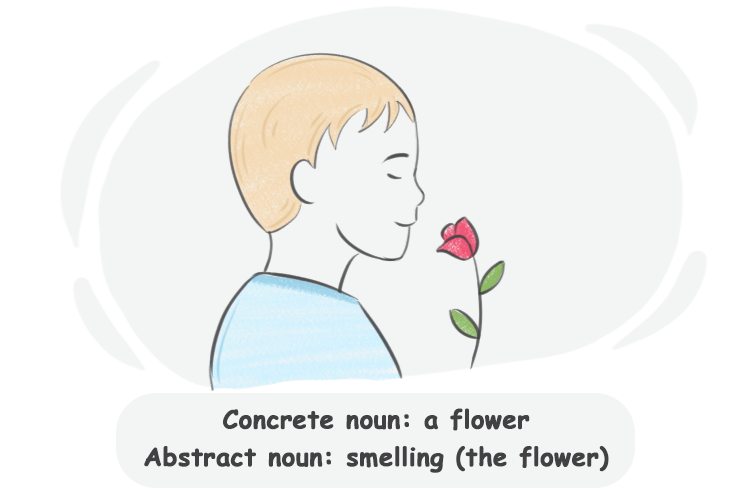 examples of abstract and concrete nouns

An abstract noun is something we cannot perceive through our five senses. It can be an idea, a concept, a feeling, a quality. Based on whether we can sense a noun or not, they are put into different groups. Here are a few examples on the list:

How to Recognize Abstract Nouns

Whenever we face a noun we can ask whether we can see, hear, touch, taste, or smell the noun. If the answer to this question is 'no,' then the noun is an abstract noun.

are my favorite parts of the year.

You cannot sense the 'holidays,' so it is an abstract noun.

is really hard to learn.

Types of Abstract Nouns in a Sentence

Based on whether an abstract noun can be counted or not, it is categorized into two groups:

Your are based on what happens to you during the day. → countable abstract noun

You need the highest level of to find new cells. → uncountable abstract noun

Based on whether an abstract noun refers to generic concepts or specific ones, it is categorized into two groups.

Her unbelievable made every one fascinated. → common abstract noun

We dedicated all the money of the to the . → common abstract noun

See you on . → proper abstract noun

How to Make Abstract Nouns?

In many cases, you can take a concrete noun, adjective, or verb and by adding a suffix to it, or by slightly changing the root of the word, we can make them abstract. You can see some of these suffixes below:

It is not always easy to decide whether a noun is abstract or concrete. For example, the word 'job' or 'laughter.' Some may argue that 'job' is the collection of tasks that a person does and you can see someone working at a job, but you cannot actually see a job. Therefore it's an abstract noun. 'Laughter' is often cited as an abstract noun, but 'laughter' can be heard, which would make it a concrete noun.

Based on what we can or cannot perceive through our five senses, we can categorize nouns into two groups