His or Her vs. Their

In the modern day and age, writers are looking for ways to write generic sentences without using gender-based pronouns. One of the ways is to use 'their'. 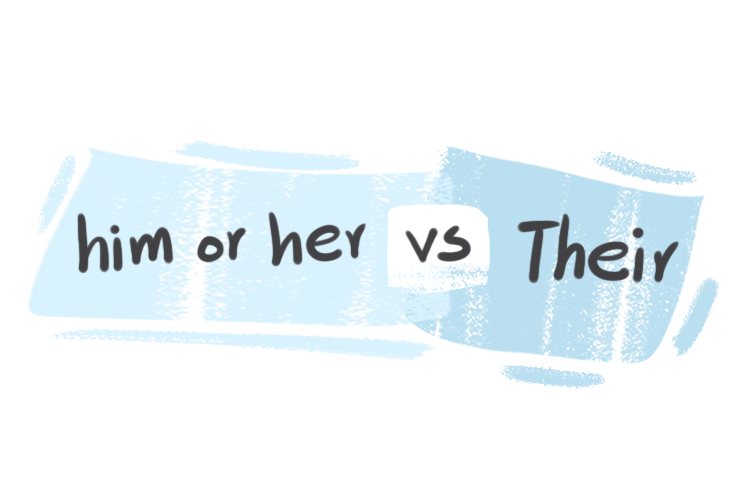 Why Do We Want to Use 'Their' instead of 'His or Her'?

In the past, it was common and normal to use the masculine pronouns (he, his, etc.) to refer to both males and females (people in general). But nowadays, this use of masculine or feminine pronouns for referring to people, in general, is considered unacceptable.

After the feminist movements and gender awareness revolution, a new generic pronoun was introduced in the English language called the singular 'they' or its possessive form 'their'.

In the past, the 'generic he' was supposed to refer to males and females generally.

This was another alternative to avoid the use of 'generic he'. But, it is still considered sexist language and therefore still not acceptable.

Do not confuse plural 'their' with singular 'their'. 'Everyone' is singular, but it is still acceptable and grammatically correct to use 'their' in this sentence.

Mine vs. My Own

"His" and "He's" have somewhat similar pronunciations, but different meanings or spelling. So what is their difference?

What is the difference between "its" and "it's"? How can we use each of them? Are they the same thing? Here, we will discuss the differences between them.