'Less' and 'least' are used a lot in English so it is important to know their differences. Let's dive right into it. 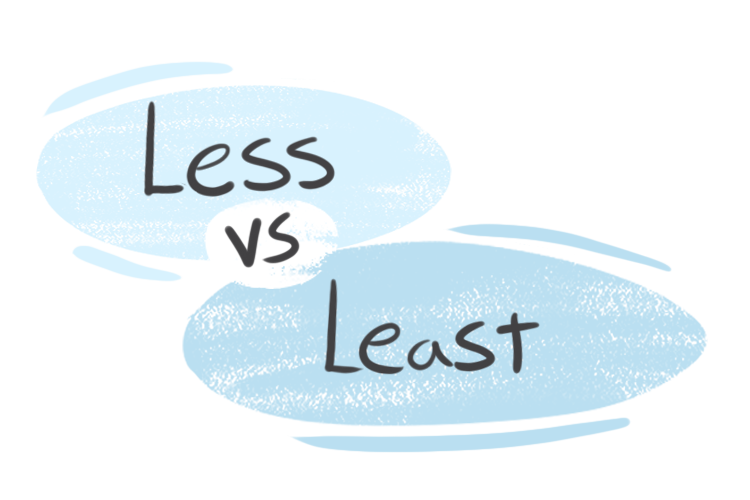 'Less' refers to a small amount, while '(the) least' refers to the smallest amount or number.
They are the superlative and comparative forms of the adjective little.

Both of these words can be used as:

'Less' and 'the least are followed by a singular uncountable noun.

They waste money than they did before.

I haven't idea what you are talking about.

Some grammarians recommend using 'least' only with uncountable nouns. With plural nouns, they recommend 'the fewest'. However, other authorities disagree.

Both can be used without nouns after them as pronouns:

Most of us got £4 an hour, but some received even .

you could do is give me her phone number.

They both can be used before adjectives in order to make a comparative and superlative form of that said adjective.

I was concerned with it. (superlative)

I was concerned with it. (comparative)

They can also be used after verbs to modify them.

Maybe he would worry if he understood the situation. (comparative)

Maybe he would worry if he understood the situation. (superlative)

Both of the two words are quantifiers and they are misused a lot but if you know the meanings. It would make no confusion for you.

Since they are similar in their meanings. They cause problems for beginners because it is difficult for new learners to choose when and where to use them.

Much vs. A Lot