"Another" vs. "Yet Another" in the English Grammar

Another vs. Yet Another

Another and yet another are used a lot. Commonly English learners misuse them. But let us solve the problem. 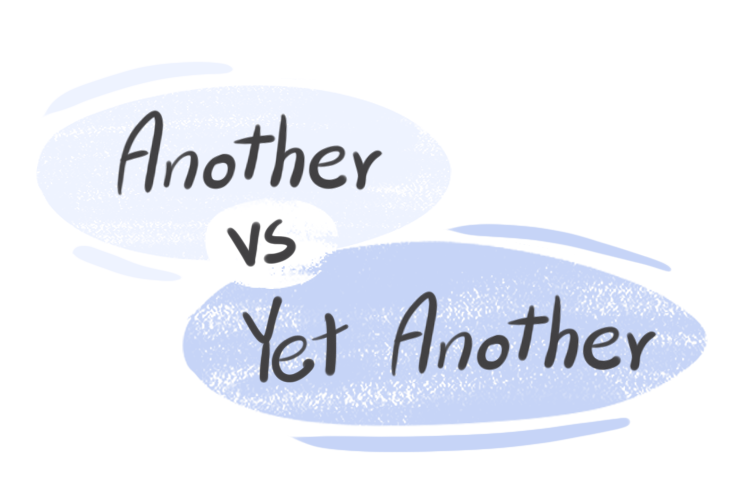 adds no emphasis. It just adds a new option to a short list or to one thing that was mentioned before or even a new one that was not mentioned earlier.

They ordered plate of chicken.

I studied the first grade in school.

adds an emphasis on the existence of more of the things that were mentioned earlier. Usually, it adds one more option to a long list of things that have been mentioned before.

We have article to read before the big exam.

There is bridge to go over.

can be a determiner and pronoun, while yet another is a determiner. It means that we can use 'another' whether before a singular noun or alone with no nouns immediately after it, while 'yet another' is used only before nouns.

My grandmother is beautiful and let me tell you fact. She is extremely kind. →determiner

We can go out, play tennis, watch movies, cook dinner together, and there is possibility to babysit my annoying brother. →determiner

are followed by singular nouns. As you might have understood from the previous examples.

We took trip before leaving the country.

She opened bottle of wine to celebrate her birthday.

Another vs. Any Other

Another vs. Another One

Actually, there is no difference in the meaning but there is something important for you to know.

Another vs. One More

These two words are the same. Therefore, there is no confusion made by them.

Other and others have a delicate difference that is easy to understand within a context.

It is usually correct to use both, ‘each’ or ‘every’, but they have slightly different meanings.

'Both' and 'each' have two different meanings which makes them easy to understand.