"Several" vs. "Numerous" in the English Grammar 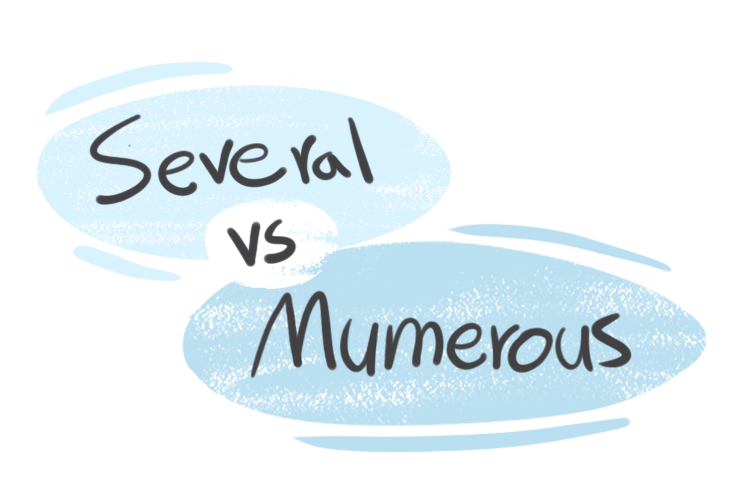 'Numerous' refers to a large number; while 'several' refers to a small number. Actually, to be more clear, we have to say that 'numerous' is almost many, but 'several' means not many.

'Numerous' as an adjective is used to describe a noun and tell how large in number the noun is.

There are articles on HPV. → adjective

errors had been made by the workers. → adjective

I wrote letters to John. → determiner

go for a walk everyday. → pronoun

There are partitions for you to try on your cloth. → adjective

What Several and Numerous Mean

refers to a larger amount, such as 'many'; while 'several' refers to a smaller amount such as 'a few'.

We have had memorable moments together.

The singer sang songs just before he fainted on stage.

How Verbs Agree with Nouns

are followed by plural countable nouns. As a result, they are used with plural verbs. Remember, after all, they refer to a plural noun even if there is not a noun used after them. So, the verb is always plural with them.

animals are going to be extinct.

students are taking part in this event.

Actually all and whole both refer to an entire group of people or things.