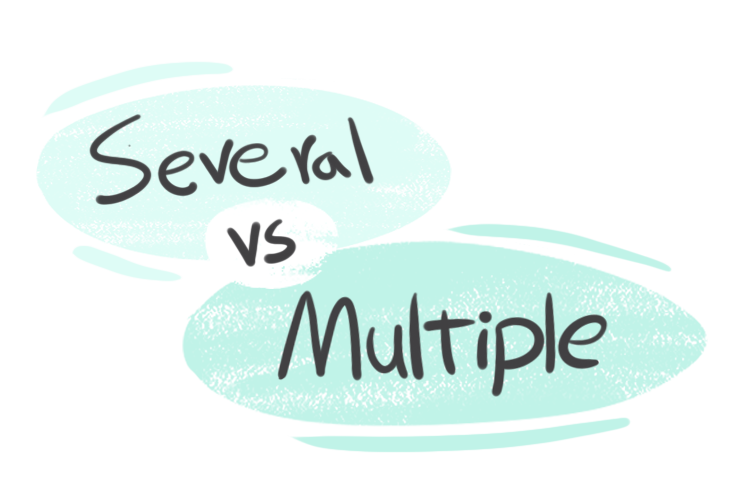 'Multiple' is used for large quantities; while several refers to smaller quantities.

Multiple as an adjective is used only before nouns, and it means many or involving many things. Multiple as a noun, means a number that contains a smaller number an exact number of times.

Having duties made him confused. → adjective

One hundred is a of twenty. → noun

As a determiner, 'several' must be used before plural countable nouns. As a pronoun, 'several' is used alone without being followed by a noun. As an adjective, 'several' can be used after the verb 'be' and before nouns. And the point is that it means separate.

people went to the charity. → determiner

They have rooms, so the slumber party wouldn't bother her brother. → adjective

Both refer to quantities. You might ask what quantifiers are. The answer is quantifiers are the terms that refer to a quantity. The quantity can be a number or an amount.

The cat was loved by pecks.

The lawyer submitted copies of the evidence to the court.

After minutes he finally answered my call.

Several vs. A Number Of