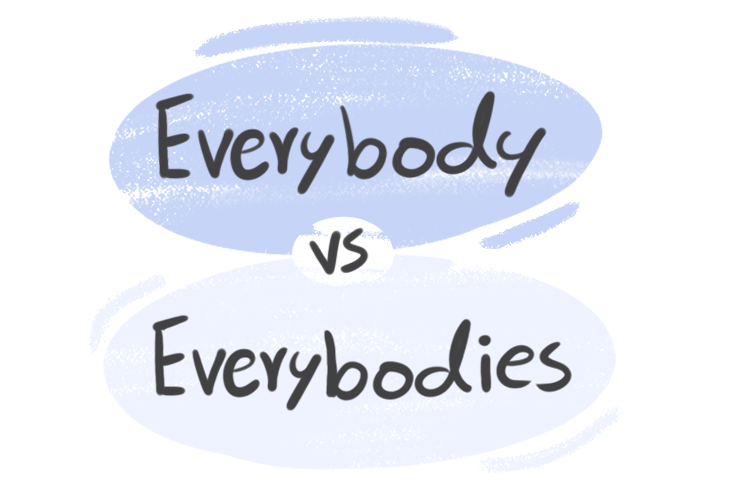 'Everybody' as a singular indefinite pronoun cannot be used in plural form. It is always singular and comes with singular verbs.
So, we can never use 'everybodies'.

need a friend to talk to.

If we put a space between 'every' and 'body, it's no longer a pronoun, but a noun phrase, which means:

The survey will be used by government departments and other public .

No One vs. No-one

Everybody vs. Every Body

Are 'Everybody' and 'Every Body' both correct words in English? Do they have the same meaning? Can we use them interchangeably? Let's find out.

No One vs. Anyone

'No one' and 'anyone' are both indefinite pronouns that are used to refer to no person or thing in particular. Here, we will discuss these two pronouns.

Everyone vs. Every One

Are 'Everyone' and 'Every One' both correct words in English? Do they have the same meaning? Can we use them interchangeably? Let's find out.

'Everyone' and 'all' have a similar meaning when talking about people. They both mean all the people in a group'. But are they 100% the same?