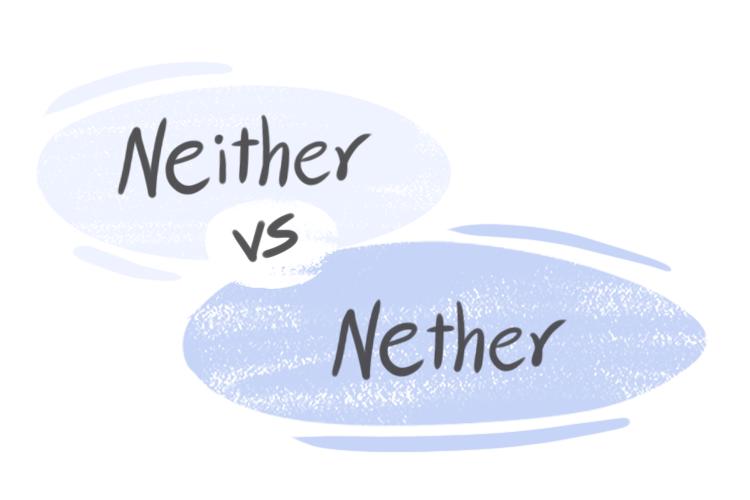 What Neither and Nether Mean

can have different meanings because it is used in different situations with different grammatical functions but in general, 'neither' means none of the two.

university is good enough to apply for.

means at the lower part or position and as its meaning require it is an adjective.

The regions in the city are full of the poor.

story about their love affair is true. → determiner

makes her happy. Not the singing , not the dancing thing. → pronoun

Me . I hate explaining things to others. (in a conversation) → adverb

I am terrible at math geography. → conjunction

The parts of the fridge was broken because of the accident. → adjective

The plant was getting dried from its end. → adjective

What Other Things Nether Can Refer to

There is a hell-like dimension in the video game Minecraft which is named 'The Nether'.

There is a sci-fi play that is called 'The Nether'.

The only similarity between 'nether' and 'neither' is their spelling that is actually different but some confuse them with each other. So Try not to make mistakes because of the misspelling.