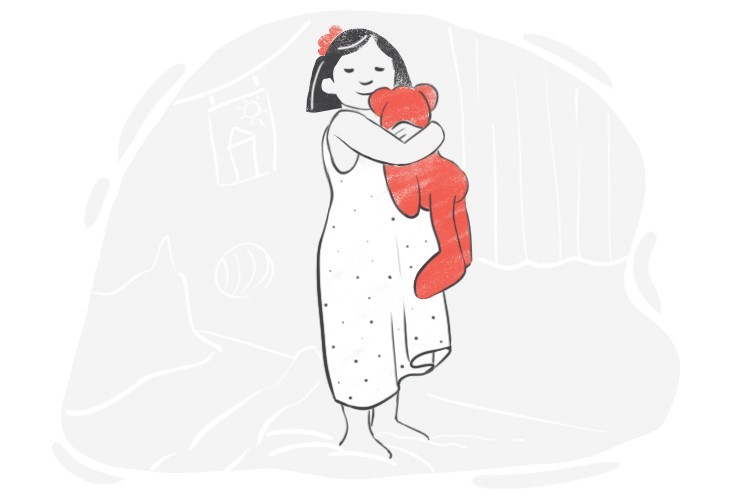 What Are Possessive Pronouns?

Possessive pronouns, like other pronouns, can replace nouns or noun phrases and help us show shows a relationship of possession or ownership.

In the table below, you can see English possessive pronouns:

Let us see some examples for more clarity:

Based on my father's will, the condo is now .

Instead of saying 'the condo now belongs to us,' you can use the sentence above which is shorter and more straightforward.

Judith is standing over there; the puppy must be .

Instead of saying 'the puppy must belong to her,' you can use 'hers' which is shorter.

Notice that when you use possessive pronouns or possessive determiners, you do not need an article (a, an, the).

In this table you can see a list of English possessive determiners:

In the first sentence of the conversation, after 'your' we have a noun. In the second sentence, you can use 'mine' instead of 'my car' to avoid repetition.

When to Use Possessive Pronouns instead of Determiners

There are cases in which it is better to use a possessive pronoun instead of a determiner + noun:

A : Can you tell me which one is your child?

B : The little girl in the green dress is mine.

'Mine' is used instead of the noun phrase 'my child.'

A : This handwriting is awful! Is it yours?

Instead of using 'Anna’s handwriting,' you can use 'Anna’s' and 'hers.'

Julia is ; I'd like to invite her to the party.

Instead of saying 'Julia is my colleague,' we can also say 'Julia is a colleague of mine.'

Instead of saying 'I'm Lucy's friend,' we can also say 'I'm a friend of Lucy's.' Be careful not to forget the ('s) after Lucy.

When to Use Possessives

The most important use of possessives (determiner and pronouns) is to show possession and belonging, but they have uses beyond that as well. Possessive can also be used to show: 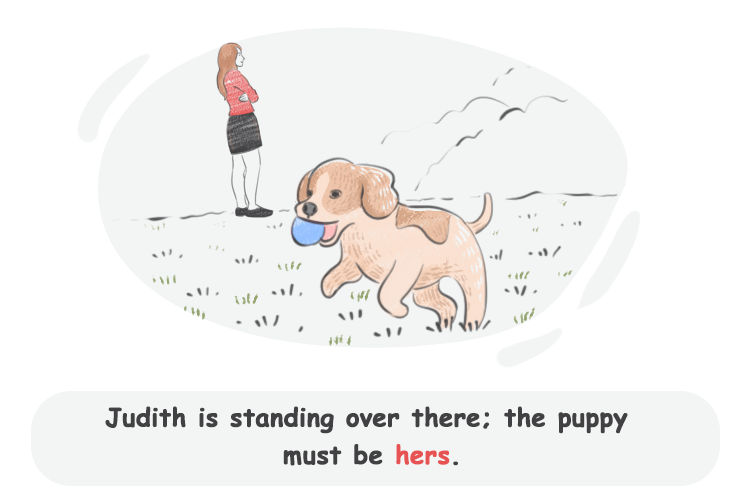 A : Whose house is that? It's gorgeous!

Instead of repeating the question and answering 'It’s my house,' you can easily answer by using the possessive pronoun 'mine.'

Notice that the possessive determiner and possessive pronoun for 'he' are both 'his.'

We use possessive determiners and possessive pronouns to show belonging. So, let us see what their functions are.